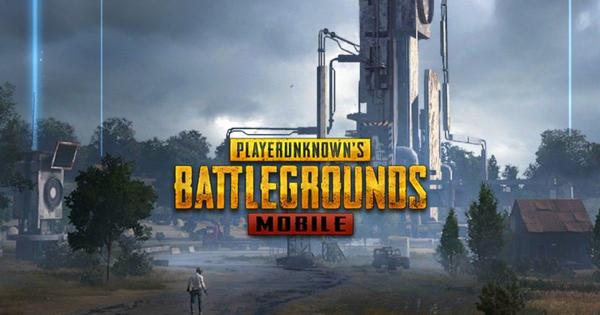 PUBG Mobile has been banned in India for a while now. However, there are no dearth of reports surfacing every now and then about a possible return for the game in partnership with an Indian publisher. As a result, the incredibly popular game is no longer downloadable via official mobile app stores any longer in India. But, if you are presently based outside of India, it would be perfectly legal for you to continue playing PUBG Mobile. While playing, you may hope to get the comfort and convenience of playing a shooter game by using a keyboard-mouse combination, the way you would for a PC game.

If that is what you wish to get while playing PUBG Mobile as well, all you need to do is an emulator on your PC. Put simply, an emulator runs a virtual machine within your PC. It replicates the configuration of an Android smartphone on your desktop. This lets you enjoy Android games, and gaming in general on your PC even without a very powerful configuration. Most importantly, emulators also allow users to get the added power of playing with a keyboard and mouse, which can make it easier for you to win the coveted Chicken Dinners in the game.

Unlike games like Pokemon Go that actively banned and discouraged the use of PC emulators, PUBG Mobile does allow you to use PC emulators. In fact, it even has its official PC emulator of sorts – the Tencent Gaming Buddy. Built and offered by PUBG Corp’s global promoter Tencent Gaming, you get custom screen layouts and easy-to-use keyboard shortcuts. Since this emulator comes officially from Tencent, you get PUBG Mobile pre-installed.The emulator also includes other Tencent games. The interface is clean and easy to use as well. We believe this is most likely is the best PC emulator to play PUBG Mobile on your desktop.

All things considered, BlueStacks is one of the best Android emulators to use on PC, for both Mac and Windows. BlueStacks allows you features such as setting a custom configuration of display resolution, memory and processing power. Along with this, it has an official Google Play Store app as well as its own app store. If they do not suffice for you, the BlueStacks interface also allows you to side load Android APKs. It includes a super easy, drag and drop APK installation process, to install apps and games from third party sources as well. With all the features at hand, BlueStacks is by far the most flexible third party emulator that you can use for your Android apps and games – PUBG Mobile included.

Android Studio is Google’s official Android operating system emulator for desktop PCs. It is primarily designed for developers to test out beta app builds across various phone configurations and Android versions. As a result, Android Studio is actually better suited for advanced users. However, its flexibility means that it is also the most powerful Android emulator in the market. You can select exactly which version of Android to run, screen resolution and other particulars. Post which, you can load PUBG Mobile by registering with your Google account. The setup and finer settings are slightly complicated, but you do get finer control over how PUBG Mobile running on Android Studio would look like on your PC.

This one’s slightly limited in scope, but in principle, can really expand for a whole ecosystem of users. Samsung’s Link to Windows is presently only applicable for Note20 users. It is expected to expand to more users in the coming days. What this does is mirror your phone on to a PC, so even though the game would really run on your Samsung smartphone, you would still be able to get the advantage of using a full-size physical keyboard and mouse combination, while playing the game on your PC. Samsung Link for Windows is one of the simplest ways to enjoy playing PUBG Mobile on a desktop interface.

How to use Link to Windows on your Samsung Galaxy smartphone

Nox Player is an interesting balance of features and usability between BlueStacks and Android Studio. The emulator allows you to sideload Android APKs from third party app sources. And, in what could be a very important feature for PUBG Mobile players: it natively allows for screen recording and sharing. This can be great for content creators who primarily stream PUBG Mobile to their public profiles on the internet, and also want the flexible desktop interface to play it on.

Is it easy to play PUBG Mobile on an emulator?

Is 4GB RAM enough for the PUBG Mobile emulator?

how to contact tencent gaming buddy on the phone