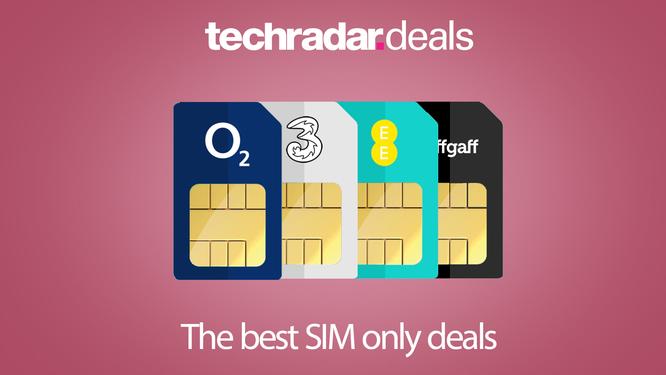 There’s never been a better time to switch to one of the best SIM only deals, as the price of mobile contracts are expected to spiral in the coming months. Getting your smartphone bill down as cheap as possible has become more important than ever.

A SIM only deal is the best way to keep your monthly bill low, and you don’t need to compromise on your available minutes, calls or mobile data either. In fact, the best SIM only deals can often be specifically tailored to match your requirements.

There is a huge variety of SIM only options available. The biggest players in the mobile market such as EE, O2, Vodafone and Three all offer SIM only contracts, but there are also excellent deals available from the likes of Lebara, Voxi and GiffGaff.

Lebara SIM (1-month/3GB data/1000 minutes/texts): £5/month @ LebaraIf budget is your key concern, this Lebara SIM only deal offers 3GB of data and 1,000 minutes and texts for just £5 a month. 3GB is on the lower side, but for the price this is an excellent deal.

GiffGaff SIM (1-month/3GB data/Unltd calls/texts): £8/month @ GiffGaffIf the above deal doesn't quite catch your eye because of the limit on calls and texts, this GiffGaff SIM only deal loosens the restrictions. Still only 3GB of data, but for £8 a month it's a deal worth considering if you're not a heavy internet user.

Three SIM (12 months/100GB/Unltd calls/texts): £12/month @ ThreeThis is our pick of the best SIM only deal currently running. Three is offering a massive 100GB of data plus unlimited minutes and texts for just £12 a month. That's a low price for an awful lot of mobile phone usage. 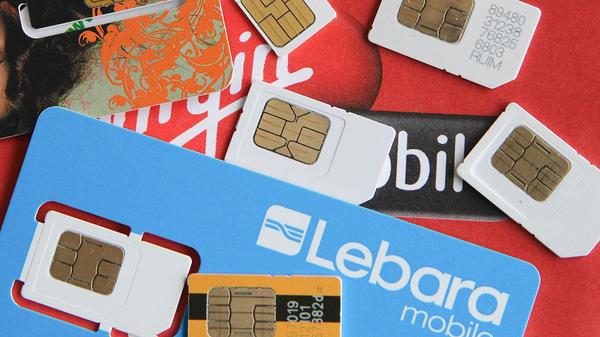 Vodafone SIM (12 month/100GB data/Unltd calls/texts): £16/month @ Mobiles.co.ukSometimes third-party sites will offer the best deals and that's very much the case with this Vodafone offer. There's also a £90 cashback offer to this deal, so the month effectively drops to just £9.50 a month. That's a bargain for 100GB of data and unlimited calls/texts.

EE SIM (24 month/160GB data/Unltd calls/texts): £20/month @ EEThe UK's biggest mobile network is the first choice for millions, and this deal with 160GB of data offers solid value for money. £20 a month is on the higher end for a SIM only deal, but you're getting more data, calls and texts then you're ever likely to use for the price. The 24 month contract length is a downside though.

Vodafone SIM: (12 month/Unltd data/calls/texts): £40/month @ VodafoneIf you refuse to stick to a data cap, then Vodafone offers unlimited internet for £40 a month. We'd only recommend this SIM only deal if your mobile device is your primary internet source and you'll be doing a lot of downloading, streaming, gaming and hot spotting each month.

Why get a SIM only deal?

There are a lot of benefits to getting a SIM only mobile contract. While saving money usually takes all the headlines, it’s certainly not the only advantage.

How much data should you get?

Many people find themselves wondering just how much data they need when shopping for a mobile phone contract. The general rule of thumb with mobile data is you don’t need as much as you think. A 2022 poll by MoneySavingExpert found that 76% of respondents used less than 3GB of data a month, and only 8% used more than 10GB a month.

While lots of SIM only contracts will try to tempt you with offers of 100GB+ of data, or even unlimited data in the most expensive cases, think carefully about whether you actually need that much before committing. Most people fit into the 5GB-10GB range as that’s enough to use social media, maps and internet searches without fear of hitting your limit.

If you do a lot of HD streaming, online gaming or want to use your mobile phone as a data hotspot for other devices then you might want to consider a contract with double-digits of data, but be warned that data is the main factor that typically determines the monthly cost of a contract. If you don’t need lots of data, don’t pay for it.

What contract lengths are available?

Your mileage may slightly vary but generally there are four main contact lengths: 1 month rolling, 12 months, 18 months and 24 months. 18 months are becoming increasingly uncommon, so it’s likely the other three that you’ll have to choose Between.

Typically, 24 months will work out the cheapest as you’re committing to sticking with a network over a significant period of time. However, this does mean you’re locked into a fixed contract for a while. Some networks do allow you to break a contract early, but only if you’re switching to a different, usually more expensive package, with the same provider.

1 month rolling plans offer the most flexibility, but the big four carriers (EE, O2, Vodafone and Three) rarely offer these. The smaller networks like GiffGaff, Voxi and Lebara are your best bet if you want a rolling contract.

The most common contract length is 12 months, and for the majority of people it’s the best choice as it balances both a degree of flexibility with a long enough commitment that you can still get a good price.

is a phone hotspot good for gaming