Home gaming phone Can a 5G phone give my whole flat high-speed internet? I found out 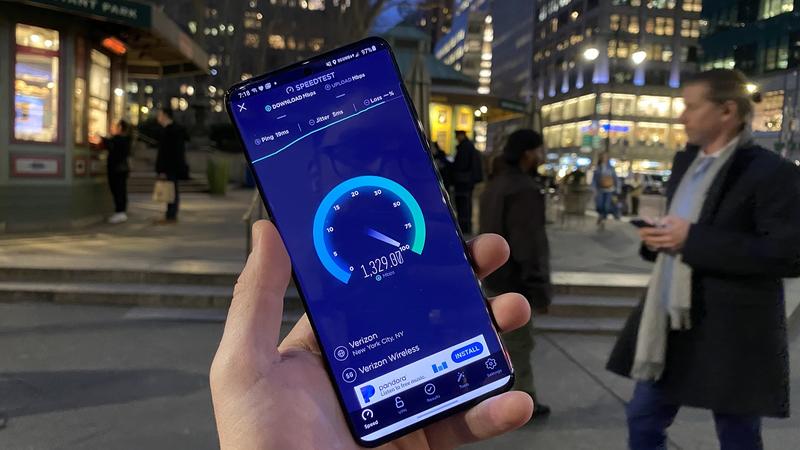 Can a 5G phone give my whole flat high-speed internet? I found out

When 5G started rolling out, I was one of the many, many people who didn’t understand why we needed even faster data – and even after testing many 5G phones, and experiencing their snappy connection speeds, I still wasn’t sold.

That's changed, though, after an extensive test to see how powerful a hotspot a 5G phone could really be – with a result that I bet will be handy for plenty of other people too in the long run.

I generally use three gadgets at any one time: whatever phone I’m testing, my iPad Pro, and my work laptop. During a workday I can be using all three for various tasks, and frequently I’ll have to connect various other devices too. I’ve also got a PS4 I tried to use over 5G, too.

My flatmate has a desktop computer and a smartphone, and at times we also had guests over (with social distancing in place), so generally, it’s safe to say we had five or six devices connected to the router at any given time.

Stop reading this article for a moment, and take a guess at what kind of internet speeds we were looking at on each device. Maybe head over toGoogle’s internet speed testto see what kind of connection you have on whatever device you’re using right now.

Bear in mind that 5G in my area on Vodafone sometimes goes as high as 200mbps – while writing this article it only went up to 20mbps, and 5G is consistently inconsistent at the best of times, but let’s talk about top speeds right now. 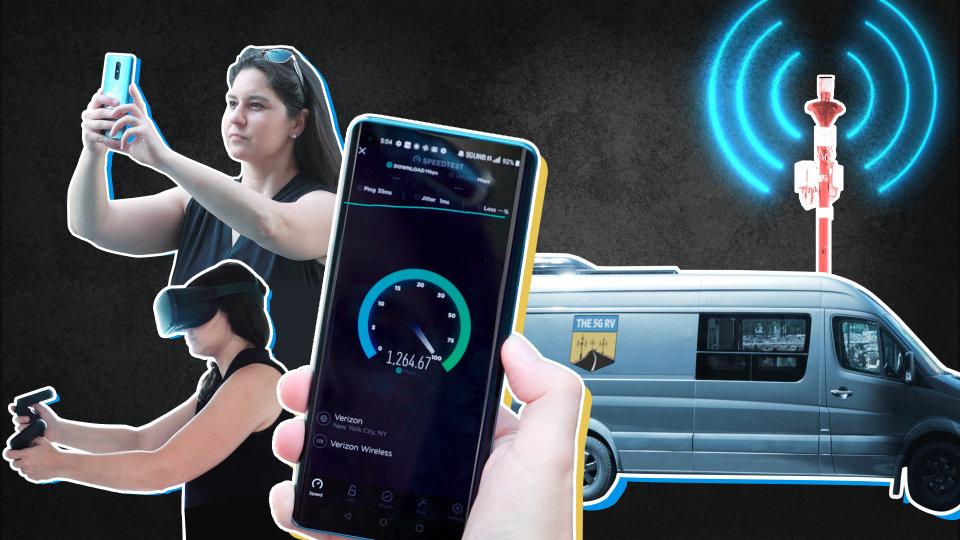 On his desktop computer, my flatmate reported a top speed of 50mbps – that’s an impressively fast speed, given it’s actually twice as fast as our Wi-Fi was in our old flat, and also when five other devices were also seeing similar internet speeds.

That’s the fastest speed we’ve seen, and generally, when I run an internet test it’ll see results in the 20s and 30s. There was some variation based on device, as laptops, tablets, phones and other devices of various ages and make all have different antennae and receivers, but it was always around that level.

So what could we do on it? Working was easy enough, so was streaming music and scrolling through social media, so we turned our testing up a notch.

I found early on that I could play Oldschool Runescape Mobile without any noticeable lag, and my flatmate was playing multiplayer Europa Universalis with no issues. When he tested League of Legends, his ping was 40 – not great, but equally not terrible for a PC hotspotting off a phone.

A big holdout was my PS4, which seemingly wasn’t too happy about connecting to the hotspot, and I only got 3.9mbps on it. This was enough to download games on – albeit skin-crawling slowly – but I decided neither Warzone nor Fall Guys warranted such mistreatment as being made to run on this speed.

The only real issue, though, was video chatting – every time I joined a meeting over Google Meet, after a few minutes it’d drop out, and I could only carry on listening if I turned off Wi-Fi on my phone to only use personal 5G.

That’s only one function that didn’t work very well though, and given everything else I tried worked fine (and more than fine, in some cases), I was ready to be forgiving.

At the time of writing this article I’ve been using my home-made router for a week now, and I’m constantly forgetting it’s not a real router. For every 10 things I do on the internet, 9 of them work just as they did before, and I’m finding my standard speeds are faster than they were on Wi-Fi in my old flat.

In fact, this solution is cheaper too – I’m currently paying £37 per month for that 5G plan, whereas my old broadband plan was £50 per month (which my new one also is, but that’s at least for faster speeds, apparently).

I’ve got two more weeks of living this 5G life before engineers come around and turn my flat into a standard old Wi-Fi den, and while I’m keen for that to happen – it’d be nice to play online games on my PS4 again – I’ve been very surprised by the results of this 5G test. The speeds were much higher than I expected, and I’ve been able to do so much more than I thought.

So if you’re a frequent hotspotter – maybe you like bringing your devices out and about to work, or have a family who always likes to stay connected on the go – 5G might have a pretty big impact for you.