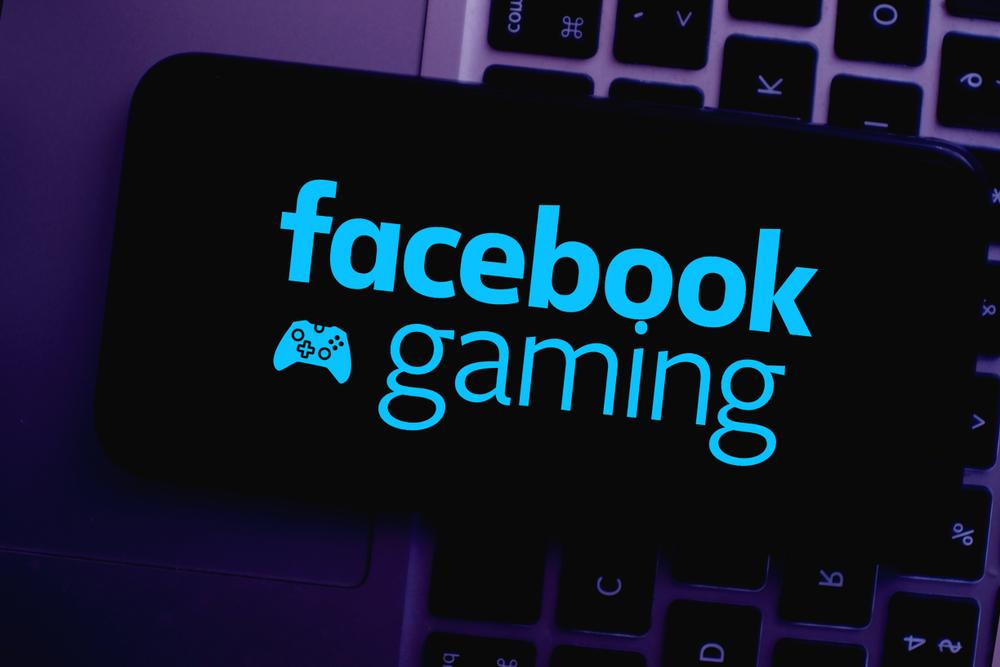 The video game live streaming market’s growth has grown exponentially over the last decade and is projected to be worth around 100 billion USD in 2022. Spearheading the growth was none other than Twitch, which has become almost synonymous with live streaming on a global scale. Twitch’s US$970 million acquisition by Amazon back in 2014 was a sign of things to come with Youtube’s very own Youtube Gaming and Microsoft’s Mixer joining the fold in 2015.While Mixer’s blockbuster talent signings and Youtube Gaming’s sheer magnitude seemed like worthy rivals to Twitch at first, both would in the end suffer roughly the same fate. Youtube Gaming was ultimately declared defunct in 2018, while Mixer was merged with Facebook Gaming, both services ultimately failing to dethrone Twitch.

Fast forward a couple of years and considering the current state of the world, video game live streaming was one of the few markets that benefited from the ongoing COVID-19 pandemic. As people were locked in their homes, many turned to streaming as a new pass time, ultimately propelling it into unseen heights.

Nowadays, the situation in the market is slowly stabilizing as both Facebook Gaming and Youtube Gaming Live have started slowly chipping away at Twitch’s monopoly, with both services stuck battling it out for second place. Currently, both Facebook Gaming and YT Gaming Live serve as more of an alternative to Twitch streamers who willingly (or in some cases unwillingly) went in search of greener pastures, the crème de la crème of the streaming world still remains on Twitch for the most part.

While Youtube Gaming Live has been seen as the unanimous runner-up in the streaming wars, Facebook Gaming’s steady rise saw them overtake Youtube for the first time in history in Q3 2021. Facebook Gaming’s growth can be attributed to a number of factors, with the biggest one being Facebook accounting for the few seconds of each user’s scrolling and adding them to the total.

While both Youtube and Facebook have employed different strategies in their battle for the top, the consensus opinion is that YouTube Gaming has the better chance of dethroning Twitch due to the company’s omnipresence in our daily lives.

Facebook is the world’s biggest social network with more than 2.8 billion monthly active users and is the biggest actuator for the social media-driven world we live in today. Facebook can tackle discoverability from angles Twitch can’t, starting from your own acquaintances. Shareability is also a huge factor, as users can share their streams to groups with a common interest, helping potential viewers discover you more naturally. It’s safe to say that Facebook’s social network effects should dwarf Twitch’s just by the sheer size of active users.

Twitch on its own has been known as a hard site to break through on as its search optimization heavily favors more popular streamers. Facebook Gaming, being still in its infancy, offers far less competition, giving you a bigger chance to grow your channel. 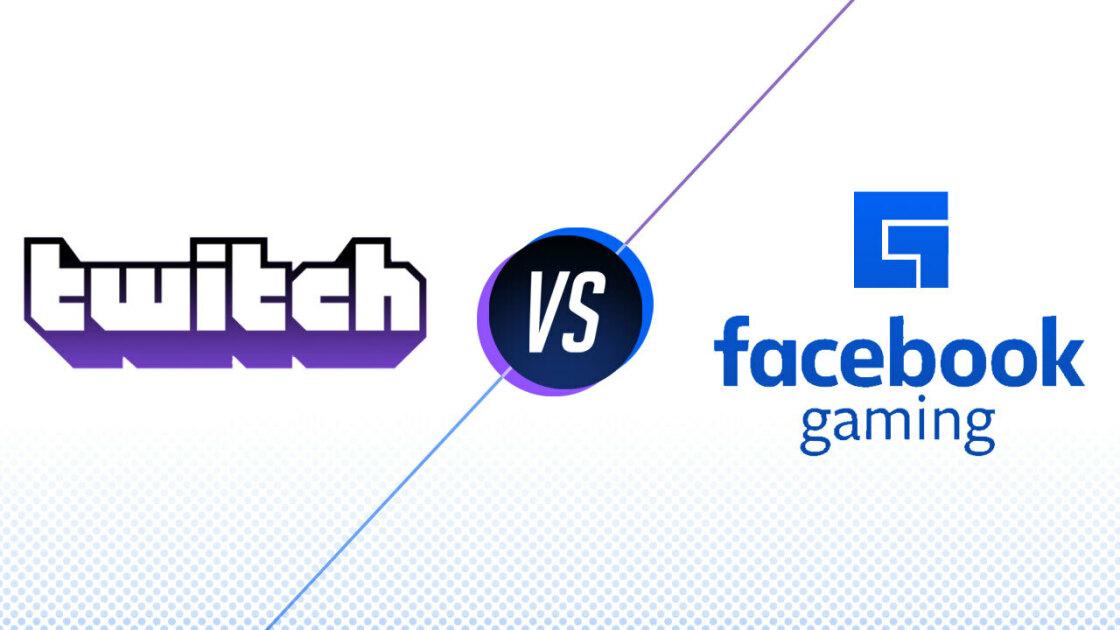 One of Facebook’s main selling points was the addition of major record labels to its portfolio. While popular music has long been a gray zone for Twitch, Facebook’s deals with the likes of Universal Music Group, Warner Music Group, and Sony Music Entertainment has seen it take a coveted step that many other streaming sites can still only dream of.

Earlier this month Facebook made another unprecedented move in the streaming world, pledging not to collect any fees from creators on subscriptions until 2023 at the earliest in comparison, also offering bonus incentives for certain subscriber goals.

Finally, it looks as though Facebook has found a little niche for itself when it comes to mobile gaming. Because of the site’s ease of use, mobile gaming’s low requirements for entry, and overall possible growth for new streamers, Facebook has become much more popular in the ever-expanding mobile gaming market.

Another niche streamers on Facebook can turn to is Virtual Reality. While VR is still in its fledgling phase, Facebook’s ownership of Oculus Rift could give them running start when and if VR reaches its full potential.

With Facebook Gaming’s innovative and aggressive approach, the service has taken the fight right to Youtube Gaming Live, challenging them for the second spot on the pedestal of video game live streaming in the span of a year. Smaller streamers are finding Facebook Gaming more beneficial in their growth as opposed to the competition, and with the recent incentives, that trend is not looking like it’s gonna stop anytime soon.

While Facebook Gaming is missing some of the streaming world’s biggest names, it stands poised to attract the newer generation of streamers looking for their place under the sun. Soon enough we might start posing the debate in terms of Twitch vs Facebook Gaming, but not quite yet.

While Facebook’s position as the world’s biggest social media platform is unquestionable, there is one ugly truth behind it. Social media trends have with time shifted away from Facebook, as the site has failed to attract up-and-coming generations. Furthermore, Facebook’s problem with social network effects is that it attracts a huge plethora of people with a wide array of interests in comparison to Twitch which caters to its targeted audience.

While the number of people you can reach is unquestionably huge, I seriously doubt your uncle Roger and aunt Sally are into gaming. The variety of content on Facebook itself also leaves viewers more likely to scroll down and leave your stream for other stuff.

Facebook’s acquisition of Mixer has also been seen as a massive disaster, with many of the defunct platform’s star streamers like Tyler “Ninja” Blevins and Michael “Shroud” Grzesiek jumped ship, opting to return to Twitch.

Another issue Facebook Gaming has is its video quality and delay. While the video quality at times seems to drop off completely, the 15-second stream delay has been an even bigger issue for the interaction between streamers and viewers.

Customization issues on Facebook as well as the lack of third-party tools have caused massive headaches for streamers coming over from other platforms. The lack of a dedicated bot system, and the inability to import third-party ones has left Facebook streamers without one of streaming’s more beloved novelties. Customization has also been an integral part of a streamers identity on Twitch ranging from badgers to stickers.

Finally, the inability to use nicknames on Facebook Gaming has proved to be one of the least liked features about the platform. Users are forced to stream under their real names, thereby endangering their relative anonymity and discarding one of the central things to a gamer’s identity.

As it stands, Facebook’s chances of overthrowing Twitch are pretty slim. In the current state of the video game market, Twitch’s monopoly on the biggest stars, the professional esports scene, and ultimately its recognition will be a hard obstacle to overcome for any platform.

Facebook Gaming’s main strengths are ultimately what’s working against them, as the variety on the page is simply too big for any one specific market to overcome. YouTube Gaming Live is still looked to as the Twitch killer, while Facebook Gaming might cater more to the average joe streamer. Although Facebook has made some major moves to put itself out there, this mainly caters to the up-and-coming streamers still paving their way, not the established stars people look forward to day in day out. Quite simply, the scale for growth and success on Twitch is much bigger.

With new gaming trends on the rise, Facebook might yet have a chance in the not-so-distant future with its two niches, but when it comes to present-day streaming, Twitch is still the king.