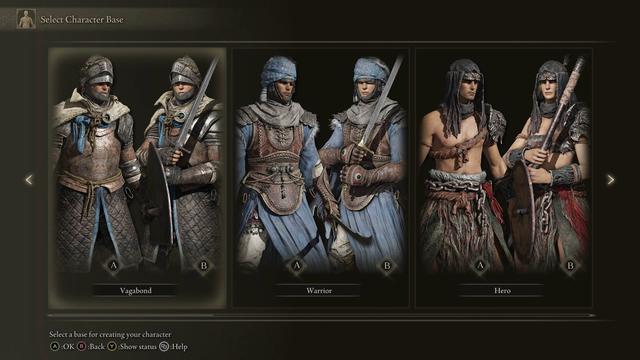 Elden Ring class guide: Which class should you choose?

Every Souls game begins with your character creator. Here you’re able to choose your gender, hairstyle, body type, and fine-tune the features of your avatar’s face. Elden Ring’s character creator is probably the most robust yet; however, it suffers from the same issue every other Souls-style game does: Once you start playing, you will almost never see your character’s face. More often than not you will be wearing a helmet, hood, or something else obscuring your character’s head. So while creating a cool character is fun, what’s actually important is which class you choose to play as.

Elden Ring has the most starting classes to choose from out of any Souls game. This can make the choice especially difficult, most notably for people who are jumping into this title as their first Souls-style game. Even those familiar with the games will be shown a ton of numbers and information with little context. Couple that with the strong urge to just make a choice so you can get into the game, and it would be easy to just pick a class that looks cool and hope for the best. Don’t get off on the wrong foot in this excellent open-world adventure. We’ve broken down each class into a digestible format so you can pick the one you will enjoy most in Elden Ring.

Before we get into the classes themselves, here’s a quick and dirty overview of what all the different stats mean and do in Elden Ring. This will be important when choosing your starting class, as well as throughout the game as you develop your build. 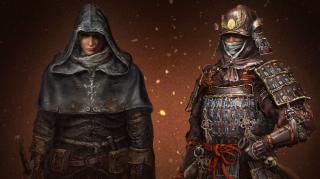 The first class you’re shown is the Vagabond, which is appropriate since it is a very balanced class in terms of stats. If you’re just wanting to get a base character and figure out what you want to focus on later, go ahead and pick the Vagabond. It will start out with a longsword, halberd, and shield — classics for the Souls games — no magic, and a decent set of armor. This class is a bit behind in the Intelligence and Faith areas, but if you just love that classic knight style, this is a great pick. Here are all the Vagabond’s stats:

Next up is the Warrior, which is oddly named since it is a Dexterity-focused class instead of Strength. Name aside, the image of the character wielding two swords should tell you that it is all about overwhelmingly fast and aggressive offense rather than defense. It starts with the two scimitars and a wooden shield, but this class is built to avoid hits instead of tanking them. It has light armor to keep you rolling fast, and allows you to power stance right off the bat. It isn’t quite a glass cannon, but close to it. Here are all the Warrior’s stats:

At this point you should know to just ignore the names. The Hero class looks more like a barbarian or Viking, which is fitting since this is your go-to Strength class. It somehow wields a giant hammer in one hand and a leather shield in the other, has no magic, and not much armor to speak of. This is a class all about hitting first, hitting hard, and ending fights before the enemy gets a chance to hit back. It has decent HP to start, but isn’t going to take too much abuse early on. As long as you don’t mind forgoing any kind of spells, this is your beefy, heavy-hitting class. Here are all the Hero’s stats:

Next up is the Bandit, which may look and sound very similar to the Warrior, but is a bit more versatile than the former. It is still slightly Dexterity focused, but not quite as much, and instead of being super aggressive, it can be played more tactically. The knife and buckler are made for backstabs and parry strikes, but the shortbow is a great tool for ranged options and pulling individual targets from groups. Again, don’t expect to tank with this class, and the weirdly high Arcane stat may or may not pay off. This is a more difficult class in our opinion. Here are all the Bandit’s stats:

Why wouldn’t Astrologer be a class? What, you expected the magic-focused class to be called something like “Mage”? Jokes aside, this is your high-Intelligence spell shooter. Spells are a little sparse to come by early on, but the class does come with two right off the bat — Glintstone Pebble and Glinstone Arc — plus a short sword to fall back on if you run out of FP or get backed into a corner. Even though sorceries will be this class’s bread and butter, it does have enough Dexterity that you could make it into a decent hybrid build. Just keep in mind that this is a very squishy class, not only because it has low HP but also lower Endurance to keep you from equipping heavy armor. Here are all the Astrologer’s stats:

Finally, a class name that kind of makes sense again: the Prophet. Here’s your Faith build, which again is a kind of alternative to magic in Souls games. You might think this is a bad class just looking at the starting gear, some rags, a broken chain around the foot, and weird wooden collar, but in terms of stats it’s not so dire. Aside from healing and fire incantations, this class can hold its own with the spear and shield. Faith incantations mostly buff your character, though there are plenty of powerful offensive ones too, so this is a good one if you want a new flavor to mix with a melee class too. Here are all the Prophet’s stats:

Yes, there’s a straight up Samurai class in Elden Ring. It isn’t quite Sekiro, but might actually be even better. Aside from that awesome traditional armor, this class is very even in terms of stats, with a slight preference toward Strength. This may even overtake the Vagabond as the easiest class to start with thanks to the stats, and also a katana, longbow, and two arrow types. There’s no shield, which is the one drawback in this comparison, but the katana does inflict bleed damage on enemies. If you’re comfortable enough leaving your shield behind, perhaps coming fresh off Sekiro, then the Samurai is a clean way to transition. Here are all the Samurai’s stats:

Is that a Berserk reference? Maybe, maybe not, but the Prisoner is your dedicated spell-casting, light-weapon-wielding class. While that might sound similar to the Astrologer, the Prisoner’s stats are a bit more heavy on allowing you to build up a character that can wear decent armor and hold their own in a purely physical battle. Magic is a great thing for any class to have in their back pocket, and with this class you’re almost already built to toss out a few spells as an opener and then go in for some quick strikes. Just don’t expect to get any incantations with next to no Faith. Here are all the Prisoner’s stats:

The Confessor is a bit like the Prisoner, only for Faith, but with even Dexterity and Strength stats. Think of it like your warrior Paladin type: able to swing a sword or mace no problem, but also calling upon a higher power to buff and smite foes. You come packing a decent sword, shield, and catalyst for casting incantations, plus a nice healing incantation. There’s not much this class can’t really get into, with no stat worth noting as lagging all that much behind the others. Here are all the Confessor’s stats:

Every Souls game has to have it, and in this case it is called the Wretch. Just looking at this class, you could easily pass it off as being objectivity the worst one to pick. And, on the surface, you’d be right. It starts at the lowest level, has the lowest total amount of stats, and they’re all evenly distributed. Oh, and you are in your underwear with only a club to get you going. But the benefit to this class is that, being so low level, you will be able to level up faster early on. Since every stat is even, you are then free to build your character essentially from scratch to be exactly what you want. Still, this is more for people who are either doing a second playthrough or are so familiar with Souls games that they already know exactly what they want. If you’re new, go with your gut and pick a different class for your first go at least. Here are all the Wretch’s stats: