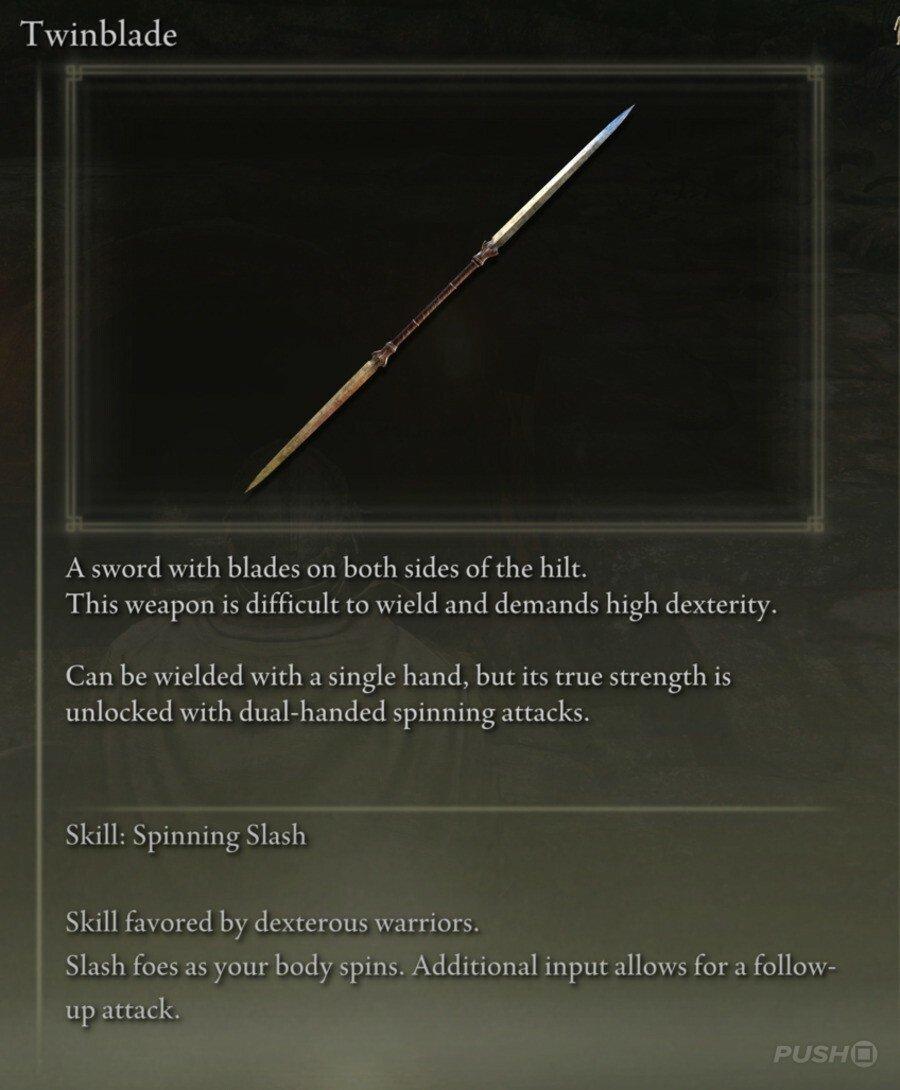 Elden Ring Guide: Where to Find the Best Weapons

Exploring the world of Elden Ring, you'll quickly find that there are a ridiculous amount of weapons available. But which ones should you use? There's always good weapons to suit, but some of the better ones are a bit more difficult to find.

In this guide, we're focusing on some of the best weapons in the early to mid-game of Elden Ring. Though some require you to defeat major bosses, generally you can find many of these weapons in the beginning of your journeyif you've got the grit to find them.

If you need more help with Elden Ring, check out our other guides on finding Smithing Stones, which Ash Summon you should use and our general boss guide for some of the game's most harrowing encounters.

This weapon is a heavy sword that takes a great deal of stamina and strength to wield. It may not be too useful for those who prefer to use magic or stay quick on their feet, but for anyone looking to deal raw damage that quickly staggers foes, this is a great pick. Interestingly enough, this weapon is also a direct nod to the late Kentaro Miura and his landmark manga series Berserk, which focused on a traveling swordsman wielding a massive sword.

This weapon is located in the Caelid region east of Limgrave. From the Warmaster's Shack in Limgrave, you follow the road heading west, and once you see that the atmosphere has changed to a blood-red sky, you'll know that you're getting close. Eventually, you'll come to a ruined caravan protected by large dogs. If you can sneak past them, you can make your way to the back of one of the wagons to find a chest that will have the Greatsword. This region is incredibly dangerous early in the game, but you can still make a beeline for this spot once you get your horse Torrent and come away unscathed if you play it safe.

Daggers in Elden Ring can be somewhat tricky to use effectively. While they are the fastest blade weapons, they tend to lack the range and attack power of other melee options. That said, daggers can still deal quick damage with the right build and land an effective backstab for big damage. One dagger, in particular, does a lot to make up for range and attack power, and that's the Reduvia. This evil-looking dagger can inflict serious damage fast, and it's able to spew out blood attacks that can inflict blood loss damage. 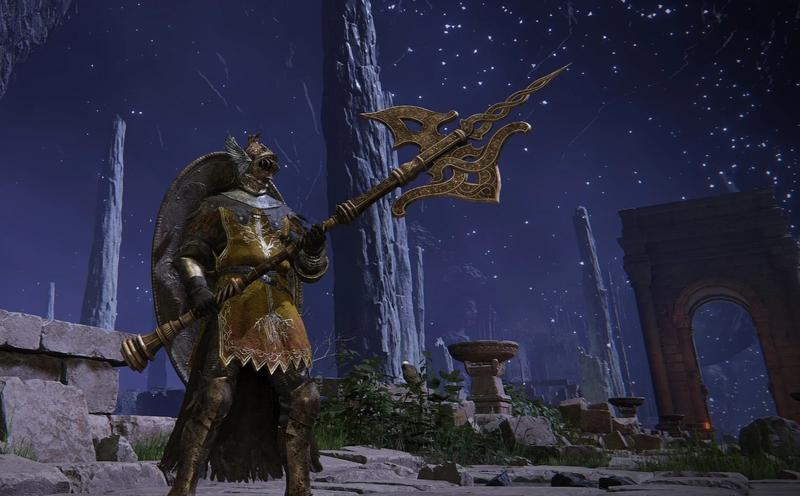 This dagger is one of the easier weapons to find, as you won't have to go too far from the beginning of the game. The Reduvia is dropped by the red phantom Bloody Hunter Nerijus, located just outside of Murkwater Cave north of the lake in Limgrave. By following the stream connected to the lake northward, you'll be invaded by Nerijus, and you'll need to fight him. If you spoke with Yura, located in the ruins south of the lake, he'll show up to help in this fight. Once you defeat Nerijus, then the Reduvia will be yours.

You can get the game's firsttwinblade-type weapon in Elden Ring's opening area, and it's very easyto miss. The Twinblade is a double-sided sword that caters to strengthand dexterity builds, resulting in fast and heavy damage that will giveyou a large area of effect. The quick strikes can easily overwhelmenemies, allowing you to lay in a lot of damage in multiple hits.

Tofind this weapon, make your way to the Dragon Burnt Ruins in thesouthern part of the lake in Limgrave. While you may be aware of thechest trap, there is another weapon here that's free for the taking.Head to the southern part of the ruins, and you'll find a ruinedbuilding with no entryways to get into. Hop on Torrent and run to thenearby rocks to get some height. Sprint and double-jump to get into theperimeter of the building and then make your way down the stairs tofind a safe chest, which houses the Twinblade.

Reaper weapons are blades that focus on long, sweeping strikes against enemies. They'll keep you at a distance from your enemies, making them a great option for players who like to use magic but still want to dish out heavy melee strikes. In particular, the Winged Scythe leans into character builds that focus on magic and melee damage, and it can be found on the Weeping Peninsula, just south of Limgrave.

Located in the Tombsward Ruins, along the peninsula's northern coast, the Winged Scythe is locked in a chest underneath the destroyed temple. Once you clear out the enemies, you can descend into the ruins to grab the weapon. Along with being great at balancing magic and melee damage, it also deals Holy Damage.

If you're a magic user and want a staff that will boost your casting abilities for the early to mid-game, then the Meteorite Staff is an excellent option. While this staff can't be upgraded or infused with Ashes of War skills, it makes up for it by offering some impressive boosts for intelligence-based characters, which will boost all magic damage for your spells. While you'll eventually find an upgrade to surpass this weapon, the Meteorite Staff will keep you going for a while.

To find this staff, you'll need to head into the deeper areas of Caelid. While this may seem daunting for the early game, you may find yourself there unexpectedly if you choose to open the chest in the Dragon Burnt Ruins. The chest inside the cellar will whisk you away to the Sellia Crystal Tunnel, an extremely dangerous place in central Caelid. It's fruitless to finish the dungeon early, so just bail as soon as you can. Once outside, head further south into the swamp to find the Street of Sages Ruins, there will be a corpse that possesses the Meteorite Staff. Once you get it, make a beeline for the nearest grace site and warp back to safe harbor.

Katanas are extremely fast and agile swordsthat can inflict blood loss damage on all types of enemies. However,there's one katana that has quickly moved up in popularity due to itsimbued magic abilities, and that's the Moonveil. What makes this katanaspecial is its weapon art skill called Transient Moonlight, which sends out awave of magical energy with each slash, at the cost of FP. Thisability not only gives the special katana added range, but it alsogives it some serious damage that tears through an enemy's defenses.

Tofind the Moonveil, you'll once again need to head to Caelid. However,it's recommended that you level up enough to stand a chance against someof the region's bosses. You'll need to defeat the Magma Wyrm inCaelid's Gael Tunnel, a cave dungeon located just on the border ofLimgrave and Caelid, directly south of Shack of the Rotting. Afterdefeating the Magma Wyrm, the Moonveil will be acquired shortly after.

Sword of Night and Flame (sword)

This sword has become rather notorious among the Elden Ring community, as it allows you to fire out ludicrous beams of energy or large flaming strikes against enemies. It truly caters to those who want to be melee-oriented and deal magic simultaneously. To properly wield it, you'll need to have enough points in strength, dexterity, faith and intelligence. If you don't satisfy the stat checks, then the weapon's special abilities will not activate.

To get this weapon, you'll need to make it to Caria Manor, located just north of the Liurnia of the Lakes region. This particular location is especially dangerous, as you'll have to deal with ghost knights and a plethora of creepy hand/spider hybrid monsters that like to hide in the dirt. Once you make it to the second floor, you'll come across a stone pathway populated by ghost soldiers. Travel to the northeastern section of this area and look for a broken wall that overlooks a roof of a small building. Jump down and head inside to find the sword in a chest. Now you have one of Elden Ring's strongest weapons.

does gaming destroy your phone