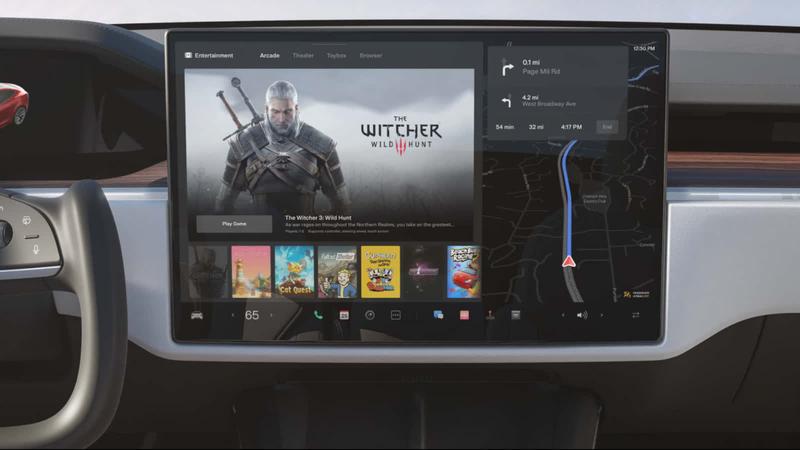 Elon Musk said that Tesla is working to make Steam’s library of video games work on its onboard vehicle computer.

Tesla has been working to expand its presence in the video game space.

Tesla is going into the video game business

As we previously reported, Tesla has a team of software engineers working on video games in Seattle, and they recently started building a similar team in Austin.

The automaker has been building a video game platform called Tesla Arcade inside its vehicles, and it has been working with video game studios to port games to it.

Right now, it is mainly to create some added value to its ownership experience, but Tesla might have bigger plans for gaming inside its vehicles.

Tesla CEO Elon Musk has been indicating recently that he believes “entertainment will be critical when cars drive themselves,” which he thinks Tesla can achieve later this year.

In preparation for that, the automaker has been releasing more video games in its Tesla Arcade, and it has indicated that it might turn it into a business.

We have seen indications that Tesla plans to offer paid packages of different video games inside its vehicles, which would start to get into the same business as Valve’s Steam, the Playstation Store, or the Xbox Live store. 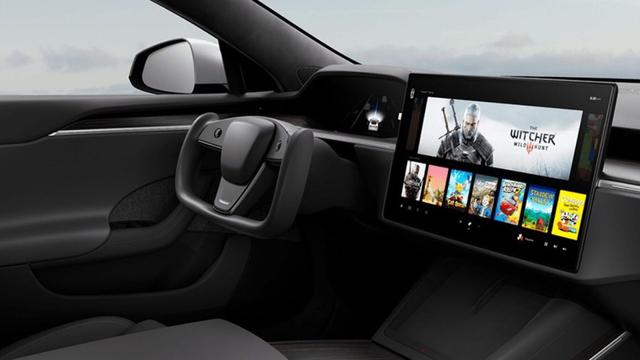 Now Musk announced on Twitter today that Tesla is working to make Steam’s library of games work directly on Tesla’s software instead of porting specific games:

We’re working through the general case of making Steam games work on a Tesla vs specific titles. Former is obviously where we should be long-term.

In the Twitter thread, Musk reiterated his goal to make Cyberpunk, a demanding game graphic-wise, work on the upcoming Cybertruck.

Tesla has recently deployed a new entertainment computer in the Model S and Model X that is geared toward video games.

With the unveiling of new Model S and Model X, Tesla has announced a new gaming computer inside the vehicles:

The system is integrated and connects directly to two touchscreens inside the Model S and Model X to play games, watch entertainment, and perform some other functions:

CEO Elon Musk also revealed that the new computer has more storage space to be able to handle more games on the platform at the same time.

The website videocardz compared the specs with existing consoles from the latest generation – showing that it does indeed match up well based on the specs available:

Tesla is expected to leverage this new hardware to expand its in-car video gaming experience.

how to make a gaming phone