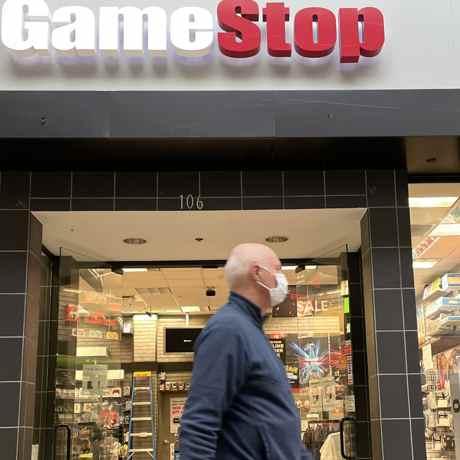 GameStop shares fell roughly 8% in extended trading Thursday after the video game retailer reported an unexpected loss during the holiday quarter and declined to provide a financial outlook.

Yet the company said it's strengthening relationships with gaming brands and looking for new ways to make money — including launching a new marketplace for nonfungible tokens, or NFTs, by the end of the second quarter.

CEO Matt Furlong said on the company's earnings call that GameStop is still in the early days of turning itself back into a "customer-obsessed technology company."

"It is important to stress the GameStop had become such a cyclical business and so capital starved that we have had to rebuild it from within," he said. "We've also had to change the way we assess revenue opportunities by starting to embrace, rather than run from, the new frontiers of gaming."

GameStop was an early target in the meme stock frenzy and has gotten a fresh slate of leaders who want to transform the brick-and-mortar chain into an e-commerce player. Chewy co-founder Ryan Cohen was tapped to lead the company's turnaround as chair of the board. He hired former Amazon executives, Furlong, and Mike Recupero, as CEO and CFO, respectively.

In the most recent quarter, Furlong said, it made progress toward its digital goals. It struck deals and grew relationships with PC gaming brands including Alienware, Corsair and Lenovo. The company also launched a redesigned app and hired dozens of people with experience in e-commerce, operations and blockchain gaming. 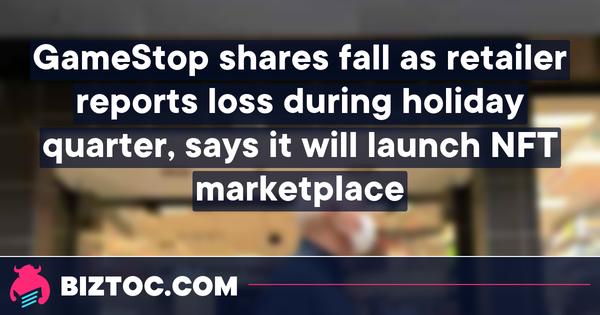 He said its membership program, PowerUp Rewards Pro, grew by 32% on a year-over-year basis and now has about 5.8 million members.

The company took a hit from both supply chain challenges and the omicron variant, Furlong said. He added GameStop leaders "made the conscious decision to lean in and absorb higher costs in order to meet customer demand."

"We felt, and continue to feel, that investing in our customers and rebuilding brand loyalty right now is in the company's best interest over the long term," he said.

The retailer hasn't provided a financial outlook since the pandemic began in March 2020. It has also declined to take questions from analysts on the company's earnings calls over the past year, including during its investor call Thursday.

Furlong said company leaders "do not feel it's prudent to provide guidance during the early stages of our transformation and with the current global backdrop," but he said they expect growth across the company's stores, its website and its gaming offerings.

GameStop's shares have swung wildly over the past year. Shares hit a 52-week low on Monday of $77.58 — less than one-fourth of the stock's value last June.

As of Thursday's close, GameStop shares are down about 41% so far this year. Shares rose about 1% on Thursday to close at $87.70. The company's market value is nearly $7 billion.