When it comes to keyboards and mouse, Razer has set the gold standard in terms of quality and innovation – from an MMO mouse to their own keyboard switches, the Singapore company has done it all, and yet, it is still constantly trying to improve its game to keep up.

But when it comes to webcams, Razer is still considered new to the market with the Razer Kiyo, released back in 2017, as their one and only model. The webcam received positive reviews, had many rave over its camera prowess during that time and is still widely used today and after four years, they’re finally back with their second entry into the webcam game, the Razer Kiyo Pro.

In terms of designs, there aren’t any notable changes and it’s not a surprise because Razer has always been known for its minimalistic design and the new webcam adheres to that as it comes in the same matte black and embellished textured surface as its predecessor. While the looks of the camera remain somewhat similar, the size had a big change because the Razer Kiyo Pro is now roughly twice the size in terms of depth compared to the Razer Kiyo and it’s almost comparable to the DSLR lens we have in the office. It comes with a Razer imprinted cover that you can latch over to assure your privacy and prevent dust when it’s not in use which can be handy, but also a little troublesome since you need extra space when you’re using the camera.

The camera comes with an L-shaped joint mount that you can adjust to fit on top of your monitor for the most complimenting angle and the mount itself also allows you to rotate the camera around and flip the entire lens downwards if you need a top-down visual for your unboxing or crafting videos. Although at an imperfect angle due to how close it is to the monitor, it still looks quite decent if you’re not too picky.

Razer also added more options by having the mount completely replaceable with a tripod so you will also be able to record your videos with the Razer Kiyo Pro placed on the table or on the ground if you find the need but there’s a catch, the tripod is not included in the package. We’ve also tried out the webcam on the Razer Blade laptops and even though it looks a little bulky for the slim machine, it works out awesome as a replacement for the in-built camera.

The webcam now records 1080p in 60 frames per seconds (FPS) and while it’s an outstanding upgrade versus the 1080p 30 FPS and 720p 60 FPS video resolution of the Razer Kiyo, the question is, why didn’t Razer go straight to 4K instead? The market is still coming up short on 4K webcams and it feels odd Razer didn’t come in to fill the void like they always do.

What Razer is boasting in this camera with its new price tag though, is its all-new adaptive light sensor that promises to detect your environment and automatically adjust its camera settings to fit whichever setup or lighting condition you are in. This sensor upgrade is possibly why the camera size doubled and why the ring light was removed even though it was considered a prominent feature in the Razer Kiyo.

Of course, we gave the webcam a test in two different lighting conditions to see if the upgrade checks out. For streamers with a good lighting set-up, we replicated the setting by using a softbox and the image clarity that the camera produced is incredible. With the 60 FPS, it captures buttery smooth visuals when you’re interacting with the camera and balances the colour, white balance and contrasts exceptionally well to give you a fine-tuned quality image that you might find worth the money.

In dim light, the camera continues to present excellent imagery and the removal of the ring light from its predecessor doesn’t seem to impact the visual quality at all as underexposed areas were adjusted accordingly so that enough details can still be visible without sacrificing image quality. And if you find the need to adjust the settings, the Razer Synapse software which can be downloaded, will do the job with its simple set-up and diverse settings to give you personalization for the different environments that you are in.

Since we were in a darker setting, we adjusted the brightness and surprisingly, it worked well and didn’t add too much grain nor noise to the image. The Razer Kiyo Pro certainly lives up to its expectation of delivering quality imagery under any lighting condition and with the ability to change up saturation and contrast settings to personalize your own visual outlook, it could very well be your next work-from-home set-up. 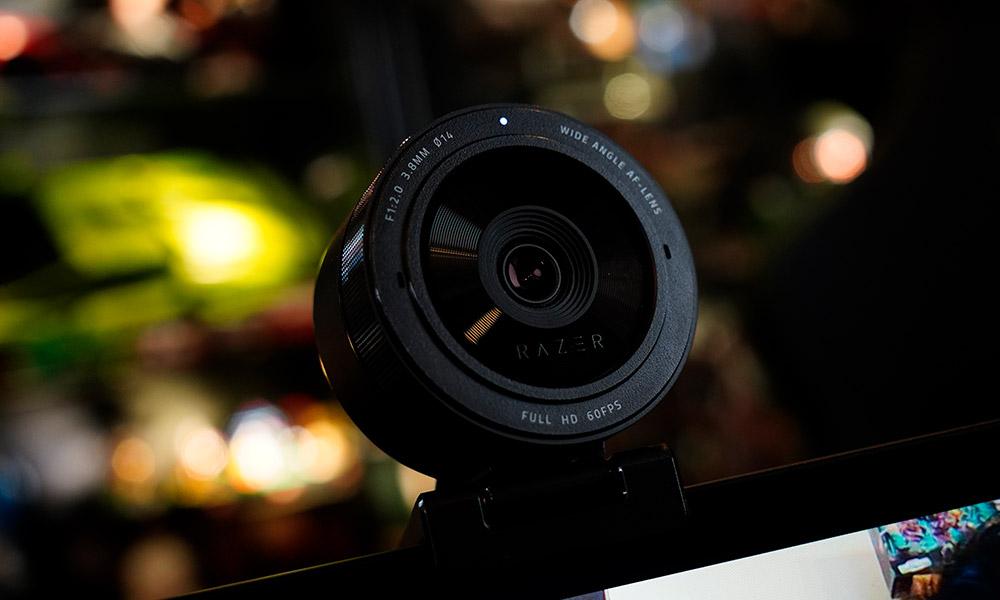