Home gaming phone Google ARCore: Everything you need to know about the Augmented Reality platform 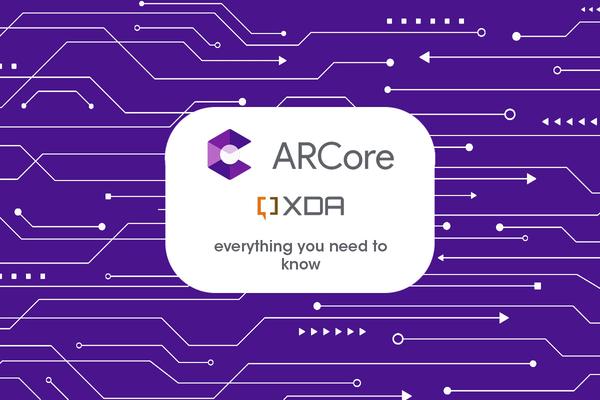 Google ARCore: Everything you need to know about the Augmented Reality platform

Google has tried to tap into the augmented reality world several times. Augmented reality, commonly known as AR, when used properly, can potentially be life-changing technology, but no tech company has yet managed to master it. Apple has taken the approach of using dedicated hardware, such as the LiDAR scanner included in iPads and iPhones, while other companies, like Google, are pulling everything off through software only. We’re definitely getting closer to perfect AR, however, and Google is one of the companies leading the pack, with their augmented reality SDK and technology, which is dubbed ‘ARCore’.

But what’s ARCore all about? What phones are supported? Most importantly, should you even care about ARCore at all?

ARCore, also known as ‘Google Play Services for AR’, is a Google software development kit that allows developers to create augmented reality apps. It was first launched in 2018 and since then has made its way to a lot of smartphones far and wide from several manufacturers. It works on most high-end and mid-range Android devices and has been adapted into some pretty cool use cases, some of which are legitimately useful, while some could be considered more “gimmicky”.

ARCore is definitely not Google’s first venture into AR. Some people might also remember Project Tango as the first time Google dipped its feet into augmented reality technologies. ARCore and Project Tango have a lot in common, but they also don’t. Particularly, Project Tango required dedicated hardware with multiple cameras and special sensors. Back when Project Tango was a thing, having more than one rear sensor was pretty much unheard of, let alone integrating the camera technology Tango required, including features like a fisheye camera.

ARCore, on the other hand, is far more interesting because it doesn’t require any special hardware. It does everything with your phone’s camera and internal sensors and doesn’t need anything more or less than that. This means any normal smartphone can enjoy the ARCore augmented reality experience just fine. Project Tango was eventually killed and replaced by ARCore, since it was a much more scalable solution that was compatible with almost any phone. 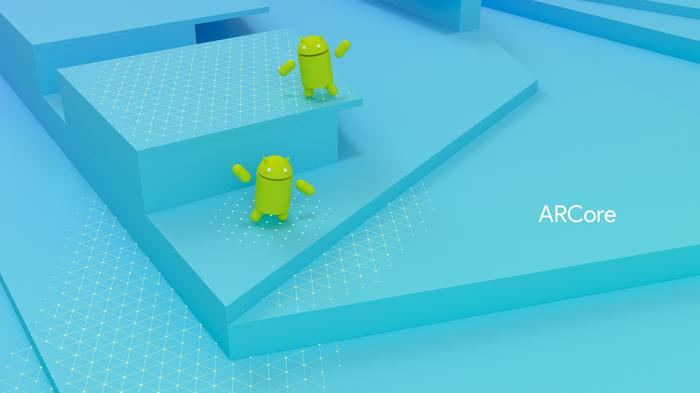 How does ARCore work?

Of course, ARCore requires no special sensors at all, unlike Project Tango, since it’s meant to work on devices with consumer devices with conventional camera setups. This means it only relies on your camera, your phone’s motion sensors like the gyroscope and the accelerometer, and some of Google’s software tricks to do what it does. ARCore follows a series of fundamental concepts in order to successfully see and interpret what the camera is seeing, and provide an augmented reality experience based on that information.

ARCore uses simultaneous localization and mapping, or SLAM, to understand where the phone is exactly relative to the world around it. It manages to compute changes in location by detecting visually distinct features in the captured camera image and then using that as feature points to know if it changed location and the features of that location. It uses these feature points to detect planes or horizontal/vertical surfaces and uses that for additional context.

To infer the camera’s pose (position and orientation) relative to the environment over time, that visual information is also paired with inertial measurements from the device’s IMU. Using this information and context, developers can render things over the camera feed and make it look as if they were part of the real world. It can also infer how much light there is in a plane and, using that context, make a rendered image look brighter or darker according to how much light ARCore thinks is hitting it.

These fundamental concepts are a pretty good read that you should check out if you’re interested in knowing the ins and outs of how ARCore does its magic. While there’s much more to the story than what that page says, it does give you a pretty good insight into how exactly it does what it does.

What phones can run ARCore?

Google doesn’t put forward precise system requirements for ARCore-supported devices. All we know in that regard is these supported devices need, at the very least, Android 7.0 Nougat to run, with Android 8.0 Oreo being the sweet spot. For some devices however, newer Android versions may be required. But Google doesn’t publish system requirements for the platform for a specific reason — ARCore support actually needs to be manually toggled on by Google.

There are a few reasons why it’s like this. All phones supported by ARCore are manually tested and certified by Google to ensure the phone works optimally with the augmented reality services, including the quality of both the cameras and the motion sensors, as well as how well the CPU handles everything behind the screen. Nowadays though, most smartphones are powerful enough to actually support ARCore pretty much effortlessly, but phones still need to be manually certified to ensure full compatibility and to ensure the device will deliver an optimal ARCore experience.

Several hundred ARCore devices are supported as of the time of writing. Some of them, from the most popular brands, include :

There’s also a handful of China-only phones that are supported by ARCore, some of which are not counted on this list. To use ARCore on one of these Chinese smartphones, there’s no Google Play or Google Play Services to grab it from, but Google does make the ‘Google Play Services for AR’ component available as a standalone on alternative China app stores, such as Huawei’s AppGallery, Xiaomi’s App Store, Oppo’s App Market, and so on.

Should you care about ARCore support?

ARCore enables some pretty cool technology and use-cases for your everyday life, and Google is completely invested in this tech to make it better every single day. The best example of this is the Measure app. This app was actually borrowed from Project Tango, and while far from being something absolutely precise, it allows you to accurately measure real-life things by using your phone’s camera. I’ve used it to measure things ranging from people, dogs, and even trees — and at most, it was off by just a couple of centimeters. While Google has killed off the app, the underlying tech of AR continues to thrive beyond this use case.

If you’re into tattoos, there’s also an app called InkHunter, which uses ARCore to allow you to try out a tattoo and see whether you like the way it looks on you before you actually book an appointment with your tattoo artist. This is particularly useful if you’re undecided about multiple designs or with the location of the tattoo itself.

Other apps like Snapchat and TikTok also leverage ARCore’s technology on Android smartphones to enhance their own, in-app augmented reality experiences as well, including improvements on things like face detection.

Lots of use-cases like these exist. eBay has a feature to display a box in AR to figure out what would be the best box for shipping something. Wayfair allows you to place furniture in your home virtually so you can see how well it’d look in your home. ColorSnap Visualizer can paint your walls with AR so you can preview colors before you actually put any paint on your wall. You can even use it for studying, taking advantage of apps like GeoGebra for math/algebra and Human Anatomy Atlas for anatomy.

Of course, perhaps its most widespread use to date is in games. Several games leverage this technology to deliver richer, more precise and engaging AR experiences during gameplay. Pokémon GO started up the trend of AR games and was all the rage when it came out in 2016, making for a very interesting summer. Nowadays, Pokémon GO uses ARCore, and so do games like Five Nights at Freddy’s AR: Special Delivery, Jurassic World Alive, The Walking Dead: Our World, and more.

ARCore, as a concept, is amazing. It’s probably far from one of the best solutions for displaying AR content, but it’s streamlined, works on most modern Android phones, and doesn’t require any specialized hardware. It has big advantages for both scalability and overall platform adoption, and it keeps being improved upon by Google to improve efficiency and precision. It’s often directly compared to ARKit, Apple’s own AR solution that also doesn’t require any special hardware (although it recently started taking advantage of the LiDAR sensor included in some Apple devices). But ARCore has big advantages, like the fact that a majority of the global market is using Android, not to mention that ARCore can also be used on iOS.

The amazing uses it gives users are truly fascinating. Placing furniture, measuring things, and trying out tattoos are things that would definitely come in handy for a lot of people. But, for the most part, the number of apps that leverage ARCore — or ARKit on iOS, for that matter — is pretty limited. AR on smartphones isn’t really something that’s used in a widespread manner just yet. It might get there one day, as the Pokémon GO frenzy of 2016 demonstrated, but it needs more integration with the real world for that to happen.

As of now, however, ARCore is a cool feature to have. Probably a niche feature that only enthusiasts really use in a semi-constant manner, but cool nonetheless.

how to make lg k20 plus into a gaming phone