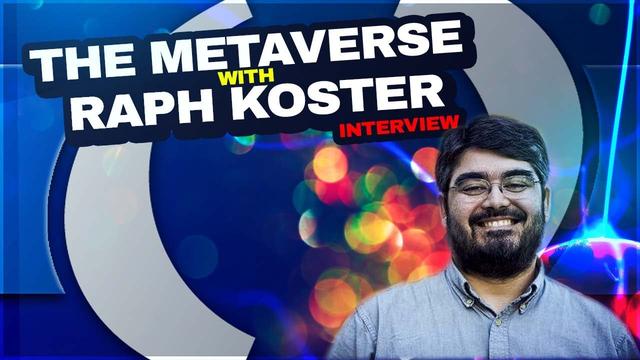 Have you heard the term Metaverse recently? If you’re a fan of online worlds or social media, chances are you’ve heard the term a lot lately, even if it may not entirely be clear what it is. Is it just a buzz word used to hype a new upcoming game or is it the future of interconnected social interactions? Now that many high-profile companies are investing heavily to create or be part of ‘Metaverses’, we decided to pose the question to someone who has actually created a Metaverse in the past. Recently, I was able to sit down with MMORPG Legend, Raph Koster, and talk a little about what a Metaverse is, as well as some details related to in-game economy theory, blockchain games, and an upcoming project that he’s been working on.

Few developers understand how to build virtual worlds as well as Raph Koster. Most MMORPG players will know Raph for his work as lead designer of Ultima Online, or as creative director on Star Wars Galaxies. Perhaps, you may even know him due to his new studio Playable Worlds, which is poised to create a new game based on a fresh IP. What you may not know is that Raph also created a virtual platform called Metaplace, which was meant for users to build virtual worlds, experiences, and games. As the architect of one of the first functional metaverses, Koster learned a lot about what a Metaverse consists of, and he’s seen that concept evolve through the years.

“So Metaverse is fuzzy as hell – there isn’t a simple way to put it,” he said. We mused over the idea that, when players think of the Metaverse, movies like Ready Player One come to mind. These science fiction stories often put a conceptualized notion of a very specific Metaverse in our mind, but these are stories for entertainment, not blueprints. “We’re talking about a science fictional idea that people are treating, more or less, as an implementation manual, even though most of them are dystopias – and trying to build what it is.” Koster told me. “Pretty much one vision that everyone has in common with Metaverse stuff is that sense of simulated space or simulated place, which in the mid-2000s started to seem stupid because of things like Facebook, which were not about place. Things like twitter, were not about place, and in fact social media ate MMOs lunch and stole all our best tricks. There was a period where people thought MMOs would be Facebook.”

We came to learn a harsh lesson, one that still permeates throughout our gaming life and social interactions today. Koster noted that the premise of these science fiction Metaverses, like Ready Player One were wrong, primarily because they totally missed the rise, and eventual domination of the smart phone. It’s a lesson that showed developers that, when it comes to the Metaverse, you don’t need a headset, or some kind of haptic rig. “The metaverse is about the servers it’s not about the clients. It’s going to be as accepting of as many clients as possible, just like the web accepts as many clients as possible.” Raph explained.

The main point is, there is no singular definition of what the Metaverse is or requires. There are no specific checkboxes related to necessary hardware to take part in it. It is a blend of virtual, physical, and social spaces that has yet to fully mature. Unfortunately, as Koster goes on to say, the creation of a Metaverse doesn’t happen overnight. He went on to provide this warning:

Despite the notion that we may be waiting a while for a true Metaverse, Raph and I jumped to the topic of the Metaverse and how it will affect games. “A game is something you put in a virtual world. A virtual world does not presuppose a game,” he began, “Before themepark and sandbox were the terms, we used to say Worldy MMO, and that to me feels like something that’s gotten lost, and in some ways, Metaverse is the worldiest of them all.” That isn’t to say that every virtual world will keep players and users as present and immersed like some online games currently do. Much to Koster’s chagrin, immersion doesn’t always take precedent, especially when it comes to games and virtual worlds. 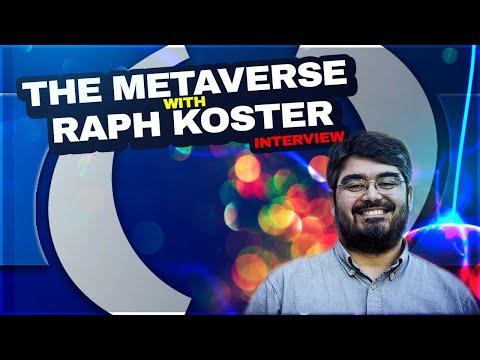 We’ve seen instances of this in MMORPGs for decades. In many ways, quality of life features are the antithesis of immersion, but sometimes convenience is more important than realism. “It might be that the path of the future isn’t immersion, it’s connectedness in a different sense. There’s a different sense of connectedness that comes from being in the orbit of something. The smart way to think about a brand or a fictional universe (is), yeah the people that read the Superman or Spiderman comic, they’re your direct customer, but one hop away is someone who doesn’t read them but watches the cartoon. You push far enough you get to the kids wearing the Underoos. It’s still in the orbit, they’re still connected to it in some way.”

In the big picture of the Metaverse, these kinds of connections create “tendrils” that seep into other avenues of your life. It doesn’t always mean that the real world is going to break through to your MMORPG games. Instead, we may see the opposite happen as Raph explains, “Maybe the way to think of it isn’t so much the Metaverse is all this real-world stuff invading, it can also be the reverse. It can also be, when I am walking around town, I am getting little tendrils of whatever fantasy kingdom it is I’m emotionally invested in.” Technology-wise, Koster says that we’re capable of this today. We have the means to make a real and virtual augmentation of a game world like Azeroth that people could potentially LARP their hearts out in. It’s all a matter of means and implementation.

He couldn’t divulge too much information related to the specifics of the title, but players should expect an adaptable design, that will allow the developers to make changes within the world at a relatively quick pace. Due to the cloud-native architecture, players will see numerous benefits, like greater security and the absence of enormous downloads or patches. Cloud-native gaming isn't perfect, there will be some minor, but inherent problems, such as increased latency, but Koster believes the benefits of a cloud-native approach outweigh the problems players often have when games are largely kept client-side.

Finally, we rounded the corner on a topic that Koster himself has spoken about at length in his recent blogs over on the Playable Worlds site – how does ownership factor in to games these days? Our conversation went heavily in depth about who actually owns the rights to the assets you buy, whether it’s an in-game cosmetic item, or an NFT Chimp. Here’s what he had to say:

“Ownership of anything digital is illusory period, triple underlined and bold. Whoever runs the server is a guarantor. Here’s where it gets meta, which is, in the real world, ownership of anything is also illusory. If I burst into your house and I steal your TV and I run away with it, you can claim you own it all you want but I’m the one who can watch Netflix on it. So, in the real world there is a guarantor called a government and a government that is guaranteeing that no, this actually does belong to this person. So, guarantors, it’s turtles all the way down. The problem right now with digital ownership is, there’s a really clear line where it gets handed off from digital guarantor-ship to real world guarantor-ship and the easiest place to pinpoint that line is the end of the power plug on the server. Whoever’s got the power switch of a server, they’ve got possession. It’s pretty hard to get around that right now, even in really cool decentralized models.”

We couldn’t go into specifics related to how ownership would be handled in Raph’s upcoming game, but it’s safe to say that the lines of ownership are pretty clear in Raph's eyes when it comes to digital goods. It’s also important to note that Raph does believe that there are use-cases for decentralized public databases, like blockchain. How the technology evolves and is used in the future will be the real test of its worth.

Obviously, the conversation with Raph Koster touched on a lot of topics, and although the minimally edited video version is nearly an hour and 45 minutes long, there were still plenty of topics we didn’t get to broach. If you’re looking for an extrapolated take and way more information related to the topic of Metaverses, cloud-native development, and Playable Worlds' game, you should definitely check out the entire video interview.

what is the best gaming phone in the world