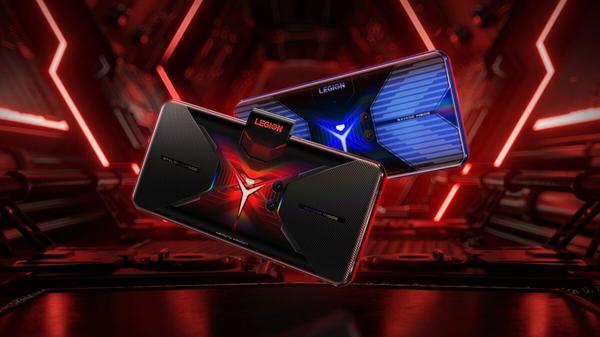 The Lenovo Legion Phone Duel is a great smartphone for on-the-go gaming. Its capabilities are incredible, and we'll share them in today's article.

The mobile gaming market is huge. There are thousands of games to choose from and a diverse selection of paid and free games. While free games are the most popular and highest grossing, gamers interested in the Lenovo Legion Phone Duel will prefer games like Call of Duty, PUBG, and Genshin Impact.

The Lenovo Legion Phone Duel is one of the best gaming phones on the market. It comes with everything you need for on-the-go gaming and is specifically designed for people who want to take mobile gaming seriously. Below, we look at why it’s so good, how it compares to others on the market, and things to consider when buying it.

TechRadar voted the Lenovo Legion Phone Duel as the best gaming phone in 2021, and, when you look at the specs, you can see why. It’s a 5G gaming phone with the best specifications you could want.

The issue with gaming phones is that they’re geared towards gaming. That means that other normal mobile functions are either unavailable or flawed.

However, the Lenovo Legion Phone Duel combines the gaming and non-gaming aspects in a great way. But, first, let’s dive into the specifications.

The phone has the best chipset on the market as of the time it released: the Snapdragon 865 Plus. That’s paired with the option to have 12 GB or 16 GB RAM, and the AMOLED screen with a 144 Hz refresh rate comes as standard.

These features provide smooth gameplay and vivid colors that immerse you in the game the same way you would be with while gaming with a console in front of a screen.

It offers an extensive battery life

The next specification that got everyone excited is the long battery life. This is usually the downfall of many gaming phones. Some have a terrible battery life that sees gamers constantly attached to their charging cable.

However, this Legion phone provides endless hours of uninterrupted gaming thanks to its 6,000 mAh powerful battery. Even if your battery runs out, it’ll charge again in no time.

The last feature worth mentioning is the sophisticated gaming software it contains. The software runs in the background and mutes notifications. This enables more processing power and tweaks display settings for better gameplay.

These are just the gaming features. It also has a full suite of Google apps, even though it isn’t technically an Android phone. Additionally, it includes 64 MP and 16 MP rear cameras and a 20 MP front camera. It’s easy to use as a non-gaming phone because of its attractive software and integrated apps.

No phone is without its flaws, and the Legion has some related to the gaming software package that we’ll mention further along. 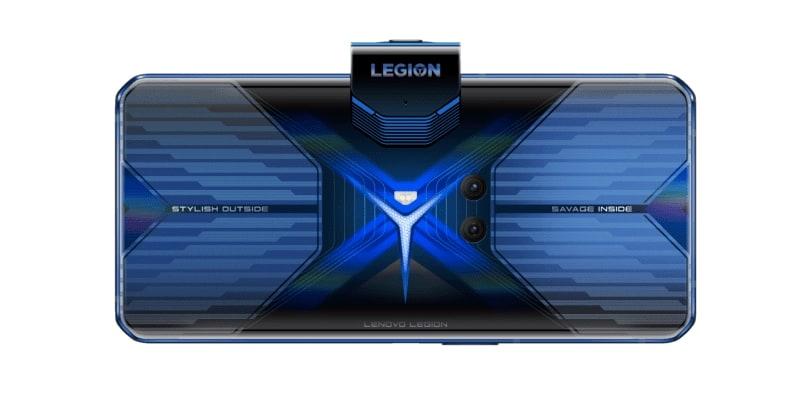 Of course, you can play any game you want. But it’s when playing games like Call of Duty, in particular, that you’ll notice the most benefits.

When you open any game on the phone, it automatically defaults to its best-performing graphics setting. With that, you’ll enjoy lag-free gaming.

The virtual trigger buttons work really well with the games suited to the Legion. With Call of Duty, for example, you can assign each trigger a function like you would with console controllers. They’re easy to use and enhance the gaming experience.

Thanks to the innovative creation of connecting console controllers to mobiles, you also have the option to link the Legion with an Xbox or PlayStation controller.

How does this gaming phone compare to others?

Currently, there are multiple other gaming phones on the market in direct competition with Legion. One of its closest rivals is the ASUS ROG Phone 5. TechRadar also rated this one of the best gaming phones that’s also great for non-gaming purposes.

It features the same 16 GB of RAM and 144 Hz refresh rate as the Legion, but it uses a Snapdragon 888 chipset. The battery life is noticeably better, as it comes with a 6,000 mAh battery. It also has virtual trigger buttons and, unlike the Legion, programmable RGB lights.

Furthermore, another competitor to the Legion is the Nubia RedMagic 5G. However, it’s nowhere near as good as the Legion or the ASUS ROG Phone 5. While it does come with the same 144 Hz smartphone screen, which is ideal for gaming, it uses only a Snapdragon 865 chipset. It even includes a 4,500 mAh battery. Still, it’s designed to be a phone for gamers on a budget. So it’s not going to have all the bells and whistles that other high-end products on the market do.

Consider these factors when buying a gaming smartphone

Before you race to buy the Lenovo Legion Phone Duel, there are a few things to consider. The first is that it has its flaws, as most phones do. One flaw is that the Lenovo phone seems to be geared towards a landscape view, which is how most of the games play. That means when opening it, users find it reverts automatically to landscape without holding it in that position.

Another bug is that text features sometimes appear in the wrong color, making them hard to read. But the biggest issue that still remains with Lenovo is its tendency to turn off—which is not what you need in the middle of an intense game. Sometimes, it will crash mid-use and take users to a reboot screen. Reviews say this typically happens during phone calls, but it can happen when gaming.

Most of the issues with Lenovo are simple software issues that should be easy to fix. Additionally, it can display untranslated text in the gaming app. In the grand scheme of things, these issues are relatively minor. Although, some gamers would argue a phone shutting down mid-game is nothing short of a disaster.

You don’t have to have a gaming phone to play mobile games. While it does help to have a phone purposely designed for gaming as they have the better chipsets and processing power, standard phones do the job. For that reason, TechRadar voted the Samsung S21 Ultra as the best non-gaming smartphone.

It uses the Exynos 2100/Snapdragon 888 chipset. So you could argue its processing power is better than Legion’s. The screen resolution is 1440 x 3200, it comes with a 5,000 mAh battery, and it has ample variety of storage. The phone specifications are actually all very similar to the Legion. The only difference? The Samsung S21 Ultra isn’t designed to be a gaming phone.

It’s expensive, and most of its best features are tailored towards making the phone an extension of the user’s life rather than a phone to game on. Still, the 6.8-inch screen, immense processing power, and appealing battery life make it the perfect non-gaming gaming phone.

Mobile gaming is growing in popularity

Mobile gaming is looking to surpass other gaming platforms, but it still isn’t the most popular despite being the highest-grossing sector for video gaming.

Still, that doesn’t stop industry experts from predicting that mobile gaming will soon become the most popular way to play games, and it makes sense. On-the-go gaming has a huge appeal because not everyone can spend their days at home gaming.

On-the-go gaming appeals to the people who want to play on their commute to work, on their lunch break, and while traveling. It appeals to those who want to game when away from their home. Plus, with the ability to connect console controllers to mobiles, the gap between the two platforms is growing smaller.

But that doesn’t mean there isn’t a long way to go. However, with rumors that games like GTA and Red Dead Redemption will soon find themselves in mobile form, it might not be long until the gap closes for good.

Mobile gaming will always be the underdog thanks to its checkered past. But we’re living in the future, during a time when mobile technology is more advanced than it has ever been. There are more gaming apps, phones, and accessories that make it easier to play games on the go.

The question is, would you buy a gaming phone, or would you opt for the likes of the Samsung S21 Ultra? Let us know in the comments.

Product Reviews
are gaming phones worth it