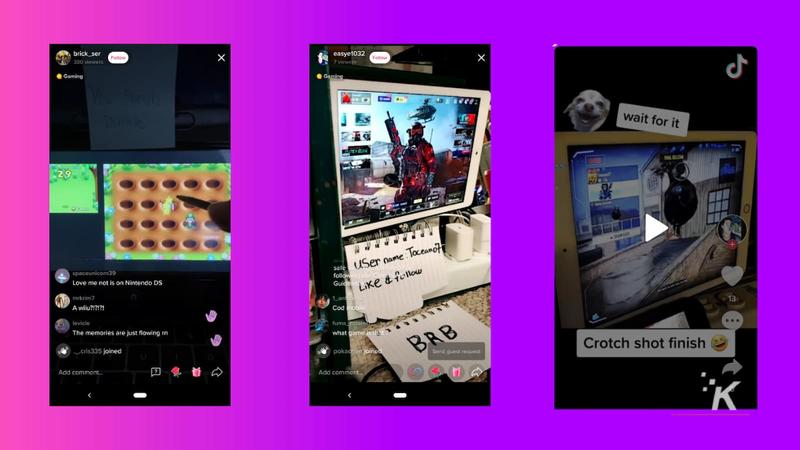 Low-tech video game streams are taking off on TikTok

When Jack Morrison logs on to stream, he doesn’t boot up Twitch, Streamlabs OBS, or speak into a fancy microphone. Instead, he grabs a basic circular mirror and sets it in front of his desktop monitor, facing the screen. Then he sits in front of his monitor, as usual, and plays the game, propping up his cell phone to face him and setting his camera live. When he boots up Apex Legends, viewers see the gameplay reflected in the mirror as they watch him play.

This makeshift setup might have been surprising just a year ago, in an industry that seems to be more and more concerned with having the latest streaming technology. But it’s become a rather common practice on TikTok, where video game streaming has picked up in the past few months. In September, the company said that one billion people in total use the app each month, and jokes and sounds riffing on video games have long proliferated widely across TikTok. Now, Morrison (JackMorrisonTV on TikTok) and other streamers with similarly crude setups have taken over the app’s “LIVE” section, capturing as many as 2,400 viewers at a time.

TikTok isn’t really known as a live media streaming platform. It’s a short-form video app, where people post all sorts of footage — from participating in viral memes to developing independent platforms for original content. But TikTok’s suite of features for live streaming has quietly been growing, with additions like event scheduling and comment filtering options. While these “LIVE” features were designed for influencers to talk to their followers and host question-and-answer sessions, crafty streamers have taken to the platform and the giant audience it has to offer.

These streamers are using low-key setups, in comparison to the complex (and expensive) setups that dominate Twitch, where a DSLR camera and the capture card to use it can cost over $800. The exact build of each TikToker’s setup varies, but nearly all of them capture video via an external camera that’s focused on a screen, or in Morrison’s case, a reflection of a screen. A brief scroll through the gaming section of TikTok’s live content shows these streamers’ ingenuity; some will stream videos of tablets or phones as they play mobile games, while others will just put the camera in front of a screen. The games also vary widely, with people playing games like Snake, Minecraft, and Wordscapes in addition to shooters like Valorant.

Spenser, who runs a TikTok account by the handle Brick_ser, is primarily dedicated to building Legos and built his setup using a phone stand his mom ordered on Amazon. He streams a variety of games, but more recently, he’s been streaming minigames from Super Mario 64 DS on the Wii U virtual console. When he plays, he puts his phone on a stand and wraps his arms around his phone while playing the Wii U controller in front of the camera. Prior to going on TikTok, he had tried going on YouTube, but he didn’t understand it so he quit. He also occasionally streams on Twitch. 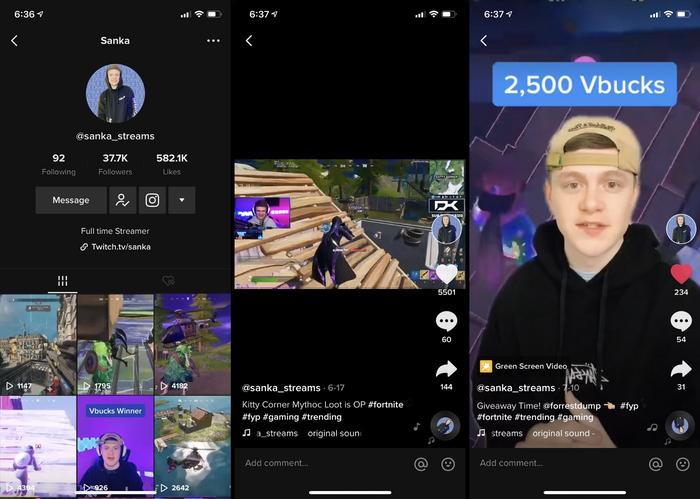 “I do Twitch every now and then, but mainly just to talk, because Twitch takes a lot longer for me to set up,” he said. Now, when he goes live, he streams to as many as 380 viewers at a time.

TikTok streams capture large but brief audiences. It’s very easy for viewers to jump from live stream to live stream, making it challenging for users to hold attention. This is largely thanks to the same elements of TikTok’s user interface that make it so easy for viewers to find engaging content. Unlike Twitch or YouTube, going on to the next stream on TikTok is just a flick of the finger away. TikTok’s interface can also feel crowded on a phone screen, making it easy to click away to either the streamer’s profile or swipe to TikTok’s “For You” Page.

That said, these streams can be a useful strategy for attracting viewers to a TikToker’s account profile. The number of live streams is much smaller than the wave of short-form videos being pushed out every single day on the app, making them stand out more. It also feels like a more accessible platform, especially for people who are just getting started with streaming. TikTok streamers are using more basic technology, such as mirrors, cell phone stands, and the like. It’s also less competitive than Twitch, which has over seven million unique streamers go live each month.

Some savvy users like Marrkadams, who makes TikToks with his son and also streams Fortnite, will even use the audience as an opportunity to double-dip by live streaming to TikTok and Twitch at the exact same time. If someone sees the mirror stream on TikTok, they can visit his Twitch channel to watch the stream in a more traditional, polished setting.While Markkadams streams on TikTok with a lower-tech setup, he has a more professional setup running simultaneously for Twitch.

TikTok is also testing monetization features that might make it more appealing for streamers to use. Twitch offers lots of ways for creators to monetize their content, with features like subscribers and the ability to tip creators. In late October, TikTok started testing its own tipping feature. But for now, TikTok creators have to link out to other websites to get paid, making it difficult to monetize. Oftentimes, TikTok streamers will place pieces of paper with links to their YouTube channel and other social media accounts. On Twitch and YouTube, streamers may use overlays or other digital graphics with their social media handles to frame their livestream footage.

“My initial goal is really not to make money. My goal really is just to have fun and play games for an audience,” Spenser said, over Discord. “I choose the games that I just feel like playing. If you want to watch me, come join. If not, okay, move on to the next streamer.”

For now, streams seem like a quick and easy way to take advantage of TikTok’s massive audience. Whether or not bona fide TikTok streaming stars will emerge on the platform or find a sustainable home there remains to be seen.