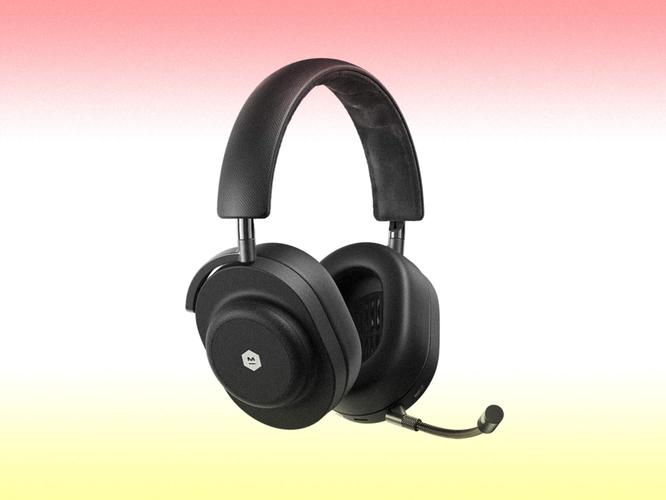 Master & Dynamic has released a wireless gaming headset that could be easily mistaken for a set of deluxe headphones. It’s called the MG20, and compared to the likes of Sony’s 1000XM4 and Bose’s QC45s, it aims higher in terms of build quality, with materials like steel and leather in place of plastic and leatherette.

This is Master & Dynamic’s first splash into the already-crowded pool of gaming headsets, and it is a big one, if mostly for its hefty price. This company isn’t known for making affordable audio equipment, and this headset is no exception, costing $449, smack dab between the price for a PS5 digital edition console and an Xbox Series X. Suave design and good build materials don’t usually come cheap, I know, and the MG20 looks stellar, sticking closely (but not exactly) to the look of the company’s $499 MW65 noise-canceling headphones.

The MG20 includes a USB Type-A wireless audio transmitter, which makes it compatible with PCs, with PlayStation 4 and 5 consoles, and with the Nintendo Switch via its dock. It can be used as Bluetooth headphones, too, paired simultaneously with your phone or tablet.

It has some other perks that prove that Master & Dynamic did some homework before jumping into this category. For instance, the headphones include a detachable boom mic with a pop filter, a microphone gain dial on the back of the left ear cup, and a USB-C-to-3.5mm cable for wired listening, either with devices or through a controller (the headset charges through the same USB-C port). This model’s ear pads attach magnetically to the cup housing, making for an easy replacement should you need to do that.

However, I am too versed in gaming headsets to be swayed by the MG20’s deluxe design and this smattering of basic features. Most of the features offered here have been included in cheaper headsets made by other established gaming companies. In fact, considering its price, the MG20 is missing a few must-haves if it wants a spot in the premium category, like a game and chat audio balance dial, concurrent playback of both Bluetooth audio, noise cancellation, and better sound quality.

You don’t need to use an app to get started with the MG20; just plug the included 2.4GHz dongle into your PC or console, then hold the Bluetooth button for a moment to turn it on. To pair it via Bluetooth, simply hold that same button down for longer when you power on the MG20.

However, downloading the M&D Connect app for Android or iOS is a necessity for adjusting the equalizer, which — come on — should be possible to do without an app. Not to mention that the app lets you switch between only two EQ settings: “esport,” which removes warmth and bass from the sound, leaving shrill highs, and “bass boost.” There’s no option to customize your own EQ settings, sadly. And out of the box, the MG20’s sound profile is set to “no EQ” mode, which sounds terribly dull. I hope that everyone who buys these knows that an app exists, or else they’ll probably wonder why these sound so flat by default. The app also handles firmware updates, along with a setting that allows you to choose how long you want the headset to stay powered on after you remove them.

Like many gaming headsets, the MG20 features a button that can toggle a virtual 7.1 surround-sound mode. And just like in most of those other models, it’s not great at what it intends to do — enable better directional audio than is normally provided in the default mode by virtually widening the sound stage. It greatly boosts the attack of the mids and highs at the expense of a reverb-heavy sound that, to me, is a little too harsh to listen comfortably to for an extended period of time. 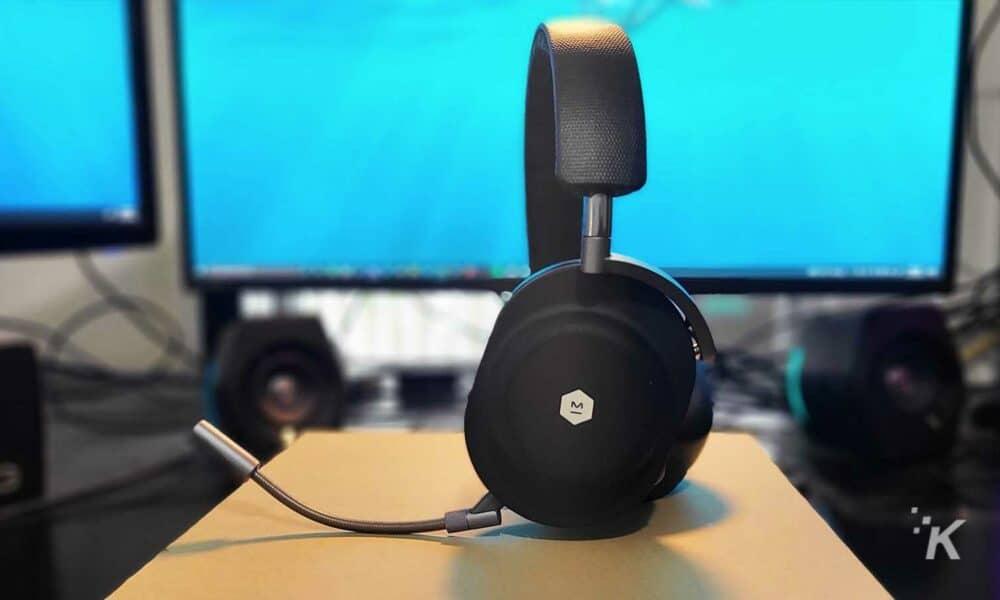 It’s tough to see the MG20’s dual connectivity modes as anything but good, though this feature wasn’t as fully baked as I hoped that it would be, considering the $449 price. While they support multipoint connectivity to, say, a phone and a console at the same time, the headset can’t play audio streams from both simultaneously. So, if you want to listen to a podcast as you play a game, attempting it will result in a jumbled mess of audio. And sometimes, only one of the connections will work, requiring a reboot of the headset to get audio piped through the source you want to listen to.

However, the MG20 headset does work as intended when I’m connected wirelessly to a source via USB and a call comes through via Bluetooth. Tapping the multi-function button once (it’s located next to the volume wheel on the back of the right ear cup) can answer or hang up calls. That button can also be used to play and pause music or to summon a smart assistant. And assuming you don’t want to be seen during your commute with an attached boom mic, the MG20 features built-in mics that yield good voice quality during calls.

Each of the MG20’s ear cups features big, circular bulges on their outer shells, and I immediately hoped these would be rotatable for adjusting volume and game or chat audio, like Microsoft’s $99 Xbox Wireless headset is cleverly designed to do. But here, they’re just cosmetic, to my disappointment.

To compare audio quality, I swapped between using the MG20, Sony’s $99 Pulse 3D headset, and the $99 Razer Kaira for PlayStation. While the MG20 has better build quality by a country mile, I preferred how the competing headsets sounded overall, and they didn’t exhibit the very minor audio lag that I encountered with the MG20 when wirelessly tethered to my PS5 and Nintendo Switch dock. Also, the voice quality gathered from the MG20’s detachable microphone wasn’t great, considering the headset’s price. I’d much rather use a dedicated desktop mic than this one. This is another area where some cheaper headsets are outpacing Master & Dynamic.

Here’s what the microphone on the Master & Dynamic MG20 headset sounds like:

I also preferred how those other headsets felt to wear over the course of a few hours. While the MG20’s lambskin leather-coated ear cups rested comfortably on my ears, the Alcantara-lined headband pressed down on my head a bit too much. The fit is similar to other Master & Dynamic over-ear headphones that I’ve tested in the past — fine for short sessions but uncomfortable for much more than that.

What’s great about the gaming headset market right now is that it doesn’t need brands like Master & Dynamic, Bose, or Bang & Olufsen to raise the bar. Similar to the mid-range phone renaissance a few years ago, buying a headset with a comprehensive set of features, good performance, and solid comfort doesn’t need to cost you much more than $200, in most cases. Several headsets in our buying guide, containing the best options and covering multiple price ranges, will suit you better.

If you really want active noise cancellation, then you’ll probably spend closer to $250 or $300 (the excellent Epos H3Pro Hybrid falls within this price range). But the MG20 headset is a prime example of a company not properly reading the room before trying to make a big splash into a new category. It’d be great to see Master & Dynamic take a swing at a lower-cost option, forgoing premium build materials for the sake of more features.

Photography by Cameron Faulkner / The Verge

Every smart device now requires you to agree to a series of terms and conditions before you can use it — contracts that no one actually reads. It’s impossible for us to read and analyze every single one of these agreements. But we started counting exactly how many times you have to hit “agree” to use devices when we review them since these are agreements most people don’t read and definitely can’t negotiate.

You don’t need to agree to any terms and conditions to use the MG20, though to take advantage of every feature that the headset offers (namely firmware updates, equalizer settings, and auto-off settings), you’ll need to agree to a few things in Master & Dynamic’s M&D Connect companion app for iOS and Android.

To access these extra features, you’ll need to select and agree to the following mandatory steps:

can headphones used for phone be used for gaming