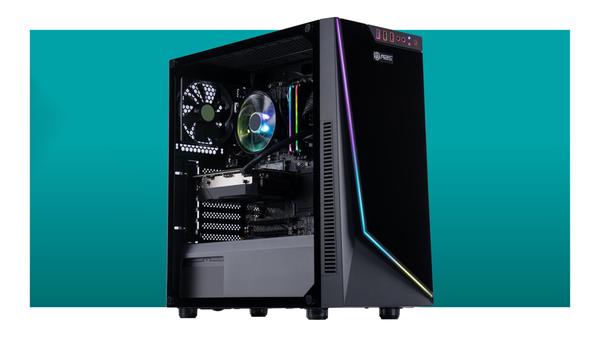 Start the week out right with this Newegg flash sale on an ABS Master gaming PC for $1,000 until the end of the day. It's $400 off its listed price, which officially knocks it down to budget PC pricing territory, which is always a good thing. It's also a decent starter PC that will give you a good foundation if you are looking to upgrade in the future, but the cash flow isn't there yet.

Behind the Master's stylish LED-stripped faceplate is some reliable hardware for modest gaming. It's got 16GB DDR RAM, 512TB M.2 NVMe SSD, and an Intel Core Intel i5 11400F that's paired with NVIDIA GeForce RTX 3060 12 GB (manufacturer may vary). It's already got Windows 11 installed, so don't worry about compatibility issues.

Regarding gaming, 1080p resolution is where you'll likely play most of your games, though your mileage will vary in the framerate department. A safe bet is sticking to medium settings, which should leave you near or around 60fps on most current games. I'm not saying you can't play at 1440p but for the best experience, stick to 1080p.The 512GB NVMe SSD isn't too shabby, but I can see that filling up fast if you're going to use this thing solely for gaming, so consider an upgrade with the savings.

The RTX 3060 isn't a bad GPU though it would have been nice if it were a 3060 Ti since it's not that much more expensive; still, you'll be happy with the performance assuming you're not setting your expectations too high, and it is an RTX GPU, so you will get all the benefits that come with it, like DLSS and raytracing.

This is a flash sale item, so there's a good chance these will be sold out well before the timer expires later tonight. Even if that happens, it's a good sign to see more and more desktops in stock because it means system builders are starting to receive more supply of GPUs and CPUs.