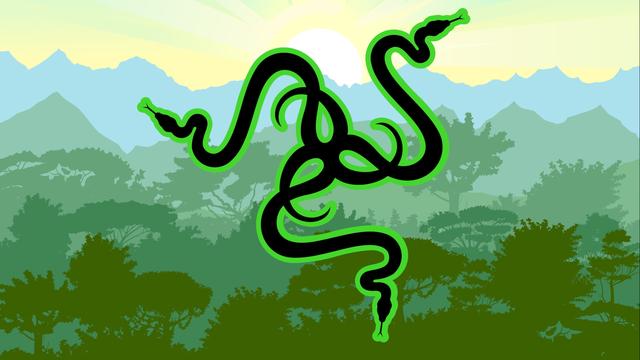 Razer's latest milestone proves gaming can have a green finger

Razer has reached its goal of saving 1 million trees as part of its 'Go Green' initiative, and has decided to celebrate this milestone achievement by announcing a new, more ambitious goal: to save 10 million trees.The initiative was created in partnership with Conservation International as part of Razer's ten-year sustainability plan, with the gaming lifestyle brand confirming in its announcement celebrating the 1 million trees goal being achieved that its next ambitious project would also be working alongside the non-profit charity.

The driving force behind this campaign has been a mascot that Razer created to feature in all of its sustainability-related efforts: a cartoon snake known as 'Sneki Snek' that was created as a doodle by one of the brands designers. He was chosen as the face of the 'Sssave The Trees' campaign, and has since even been featured in his own cartoon series that highlights various environmental impacts and what we can do to help.

Various merchandise has been released that featured the mascot, such as a collaboration with Cariuma Sneakers, with each purchase contributing towards the pledge of saving 4,000 acres of forest (roughly around the size of 3,000 American football fields). 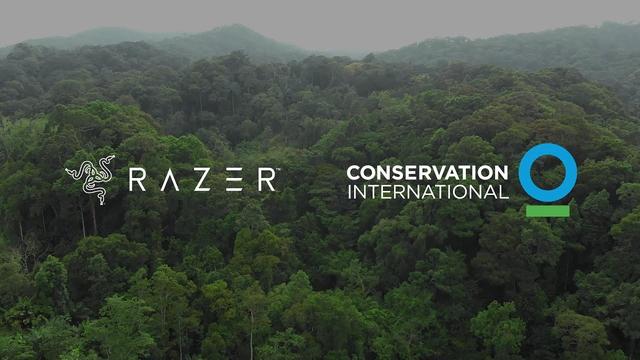 The final milestone for fans of the character is that a hoodie will be released in his likeness, and we expect that won't be the last we will see of Sneki. Razer has created several sustainability pledges in recent years as part of its #GoGreenWithRazer initiative that has seen the release of product lines designed to raise awareness about global issues, alongside public partnerships with eco-friendly brands to try and help resolve them.

Protecting nature is one of the most important things we can do to address climate change and support biodiversity,” said Sarah Cragg, Partnership and Marketing Director, Asia Pacific, at Conservation International. “Razer’s effort is raising awareness of the challenges facing our planet and also providing its community a clear way to take action. We are deeply grateful for the community’s response and excited to take this challenge to the next level.”

I'm no stranger to writing about my own 'eco-anxiety' and how I keep a close eye on companies that tend to greenwash their marketing. For those unaware, Greenwashing refers to a style of marketing in which something is portrayed as environmentally friendly or offers greater sustainability, but with the sole purpose of attracting anxious individuals like myself rather than making good on their promises.People are quick to dismiss any action in this regard as greenwashing, but I've interviewed senior representatives at Razer regarding its efforts and while no company is perfect, the brand appears to be very serious about trying to do some good in the world.

It has plenty of other work to reference in this regard, such as working with ClearBot, the marine trash cleaning robot, as well as its line of Kanagawa Wave apparel made of fabric comprised entirely of marine plastics recovered from beaches. In fact, most of the press releases I get from Razer are focused on its efforts to become more environmentally friendly, which is more than I get from other gaming or computing brands by a wide margin.

Sure, it would make more sense for plain old cash to be donated directly to the goal, but many folks prefer to get something in return for their 'investment'. Razer is hardly going to fix the world by selling snake-themed hoodies and shoes, but it certainly shouts louder about sustainability than many other gaming and lifestyle brands with a similar community platform, and for that, I'm very grateful.