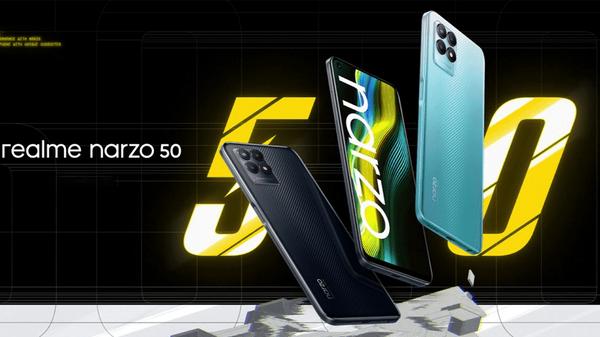 Realme, yesterday launched the Narzo 50 in India. The device that packs a Mediatek Helio G96 SoC and 5,000mAh battery is mostly targetted at youth to play games. To demonstrate its gaming prowess, Realme showcased a gaming performance during the launch event on which the players played Free Fire. But things didn’t go well for Realme.

After looking at the video closely, it was concluded that Realme was actually using a pre-recorded video of the gameplay and it was not a live match. RMLeak was the first publication to spot this mistake. Here’s are the details of what happened during the Realme Narzo 50 launch event.

To get a better idea, we will suggest you check out the above video and go to the 10:16 timestamp. During the live broadcast, two players seem to be competing in a Free Fire match until a player taps on the screen as if to shoot and it opens brings up the video player navigation bar. This is the Realme gallery app and the UI pops up like in a similar fashion once the video starts playing. 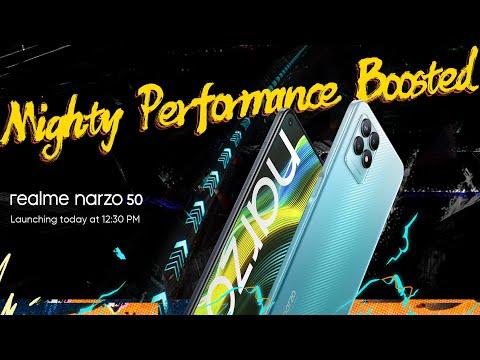 Further, Free Fire was banned on February 15, 2022, in India after which the game was removed from Play Store and Realme added a disclaimer in the video which clarifies that the event was pre-recorded however they claimed to play a game during the recording of the event which also turns out to be a pre-recorded gameplay playing on the smartphones.

It is still unclear whether Realme used the footage from a Narzo 50 device or another phone.

That said, this is not the first time Realme has goofed up things during a launch event. During the Realme Narzo 30A launch in Bangladesh, the company was caught red-handed using an iPhone to showcase the gaming performance of the Narzo 30A. Which Realme later clarified that the producer has broadcasted the wrong video.

On the back, there is a triple-camera setup. The phone has a 50MP main camera sensor with an f/1.8 aperture. It is accompanied by a 2MP macro camera and a 2MP black and white lens. For selfies, the phone has a 16MP front camera.

is realme a gaming phone