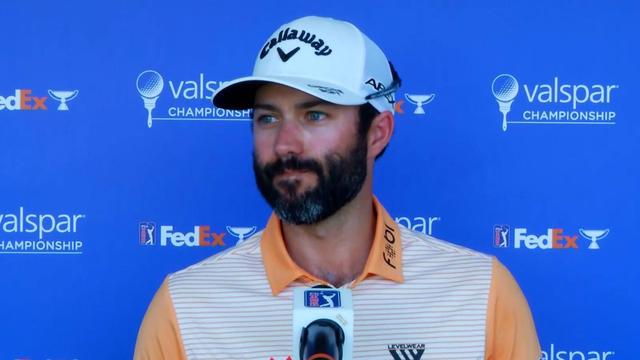 It wasn’t that long ago that a missed shot would burn inside Adam Hadwin. While going through technical changes a year ago, a swing that didn’t produce a good result would sit with the 34-year-old for the next few holes, causing his game to go off the rails.

But times have changed for Hadwin, who seems calm and in control no matter where his ball ended up with the most recent swing. He’s even smiling out there.

As a result, he finds himself in contention at the Valspar Championship, sitting at 12-under par after a second-round 66. That had him alone in first place after the morning wave of players finished up.

“My mind has been pretty good this week,” said Hadwin, who won the tournament in 2017. “(I’m) staying patient, not getting too worried about any sort of missed shots or anything.”

Hadwin’s opening nine was fairly pedestrian with two birdies and a bogey. That changed after making the turn, as he made birdies on four of his first six holes. His play this week has been bolstered by a strong iron game that saw him hit 14 of 18 greens on Friday. And his putter has also offered up a lot of support. Through two rounds, he’s drained more than 170 feet of putts. 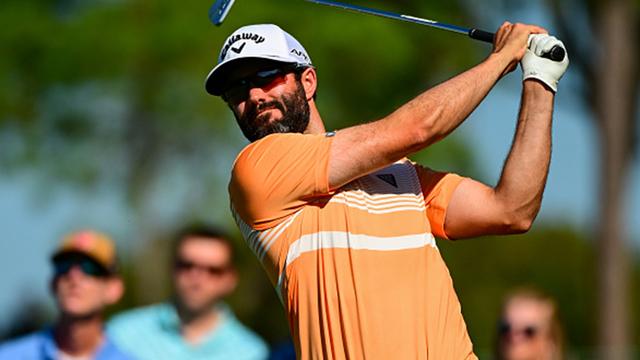 His speed control on the greens has been excellent and his second putts are usually just tap-ins, removing any nervy moments over the five-footers.

“That's what won me the tournament, I think, five years ago, six years ago now,” said Hadwin of his putting. “And I would agree, it's been a strong part of my game for the last four, five years now, and I'm finally starting to see some improvement with the iron play, hitting more greens, giving myself more chances. So, again, staying patient around this place I think is key.”

It’s easy to see that Hadwin is in a good place on the course. The way he carries himself, the smile on his face and his unrushed demeanour are apparent as he plays. In the last year, it hasn’t always looked that way as he tried to figure out his new swing. He’s dropped 30 spots in the Official World Golf Ranking in the last year and last season, just held on to his playing privileges with a late push.

That’s not the typical Hadwin performance, coming from a player who has been on the last two International teams at the Presidents Cup.

Now things seem to be improving and the question is what’s lead to the better attitude and game.

“I'm really trying to figure out whether it was the chicken or the egg,” he said, “whether the good golf put me in a better mental state, or my mental state put me playing better golf.

“I find myself much more relaxed on the golf course. Some of those missed shots just aren't bothering me as much. Really doing a good job of just setting in for each individual shot and treating it as, not getting ahead of myself and just treating every shot for what it is and trying to do the best I can on that individual shot.”

After his round, Hadwin was headed for some rest after a long, soggy week at the Players and to watch some sports on television. What will he be watching?

“I might trend more towards hockey for sure, but March Madness is pretty exciting,” he said. “So, I'm anxious to go watch a few games.”