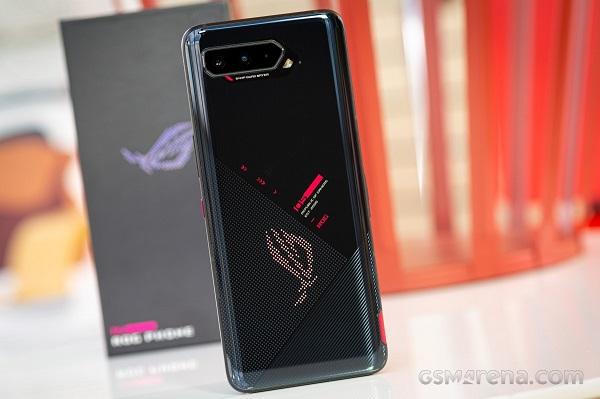 I don't consider myself a mobile gamer. Playing games on a glass slab has never been all that comfortable for long stretches. It was an activity for subway commutes in the Before Times, but I mostly spend my free time playing games on my PC and Nintendo Switch at home. Many mobile games are … bad. There are worthwhile titles, but they aren't easily discoverable, and if I do stumble across ’em, I still don’t love playing games on my phone for all that long.

Asus' new smartphone, the ROG Phone 5, makes mobile gaming more tactile and fun. Two built-in touch-sensitive buttons on the side of the phone improve the experience, as does helpful software that makes physical controllers compatible with any game—and custom accessories, like a clip-on fan to keep things cool.

To be clear, you don't need a “gaming” phone to play mobile games. Most run just fine on cheap or expensive phones. But the ROG's raw power and helpful add-ons go a long way, like a secondary charging port to prevent an awkward cable from interrupting your grip, or a headphone jack. I can spend hours playing on this phone, and that's a first.

Many mobile games don't support a controller, including popular titles like Genshin Impact, The Elder Scrolls: Blades, and PUBG Mobile. There are wonky methods you can try to make it work, but this is what makes the ROG Phone 5 stand out. Asus' Game Genie software makes mapping a game's touchscreen controls to a controller incredibly easy. 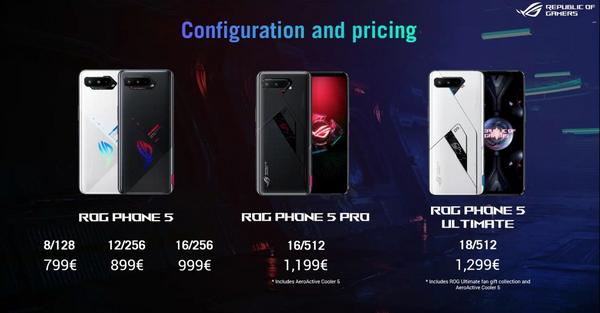 You can do this with an Xbox, PlayStation, or Google Stadia controller if you have one lying around, but I prefer Asus' very own ROG Kunai 3 GamePad. It operates like a traditional Bluetooth or wired controller or can be attached to the edges around the phone like Nintendo Switch Joy-Cons.

To use it, you launch a game, open Game Genie's in-game tab, and spend a few minutes placing buttons over touchscreen controls so the controller can trigger them. You can simulate swipes and taps, and even record a gesture and activate it with a physical button, allowing you to get controls for almost every action. Trust me, games like Genshin Impact and Oddmar deserve to be played with a controller. The tactile sensation is so much more satisfying, and your hands won't feel as strained.

If you don't have a controller, that's fine. The right shoulders of the ROG Phone 5 are equipped with AirTriggers, two touch-sensitive ultrasonic buttons you can configure with almost any game. I still prefer using a physical controller, but they're helpful in titles where you often find your fingers blocking the screen. AirTriggers don't work perfectly (I had issues with the Viking game Oddmar), but you'll wonder why more phones don't have them.

Game Genie can perform all sorts of other helpful tricks, like disabling calls and alerts when you're playing, keeping your brightness at a stable level, and preventing you from accidentally closing a game. You can also use it to monitor your phone's temperature, frames per second (fps), record gameplay clips, or pull up Google search results without interruption (in case you're stuck on a puzzle).

Another important piece of software is X Mode, which lets you customize how the phone runs in games. Do you want the best performance possible? Enable X Mode+ to eke out as much power as you can from the CPU, GPU, and RAM, and it'll even restrict background CPU usage from other apps. Want to make sure the battery lasts longer instead? You can tweak the profile to make it so.

This kind of granular control is unmatched, and the benefits show in the most demanding titles. Genshin Impact is noticeably smoother on the ROG Phone 5 with X Mode+ compared to Samsung's Galaxy S21 Ultra at the highest graphical settings, despite the two phones using the same Qualcomm Snapdragon 888 processor, the Adreno 660 GPU, and 16 gigabytes of RAM. Even in a 3DMark benchmark test, the ROG Phone 5 scored better overall. It's one of the most powerful Android phones right now. (We did not test the 8 GB, 128 GB ROG Phone 5, but it likely won't quite match the S21 Ultra.)

are asus phones good for gaming