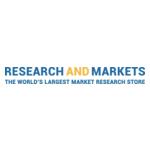 The Southeast Asia Gaming market is expected to register a CAGR of 8.5% over the forecast period of 2022 to 2027.

The increasing popularity of players in various sports, growing investment in internet infrastructure are the primary factors that will offer immense growth opportunities to the market.

Additionally, investments in 5G near radio network infrastructure will account for 6% of the total wireless infrastructure revenue of communications service providers (CSPs) in 2019, and that it will reach 12% in 2020 which represents operator's motivation to capitalize on the opportunity to provide fast and cost-effective service. It is predicted that 5G will enhance the performance by 100 times faster than 4G networks that will provide better user experience and drive the Southeast Asia Gaming market.

A trend that has also been fuelling the games market in the region is the rise of eSports. eSports is essentially a competition using video games. With the rising viewership on online platforms such as Twitch and YouTube, advertising is expected to generate more revenue during the forecast period.

Moreover, Overwatch League Grand Finals, which took place on September 29, 2019, saw a 16% increase of viewership from last year's, which resulted in a global AMA (Average Minute Audience) at 1.12 million. Growing viewership and an increasing trend towards sports have opened up new opportunities for gaming in countries other than China, such as Indonesia, Vietnam, Malaysia, etc.

While a great form of escapism from the ongoing crisis, video games also allow players to remain connected to friends and family through online multiplayer and group chats. Unlike other industries, southeast Asia gaming is witnessing a spike in demand. The gaming industry is progressing based on influencer partnerships, In-app advertising, innovations, and gaming partnerships. In the long run, the industry will flourish even more. 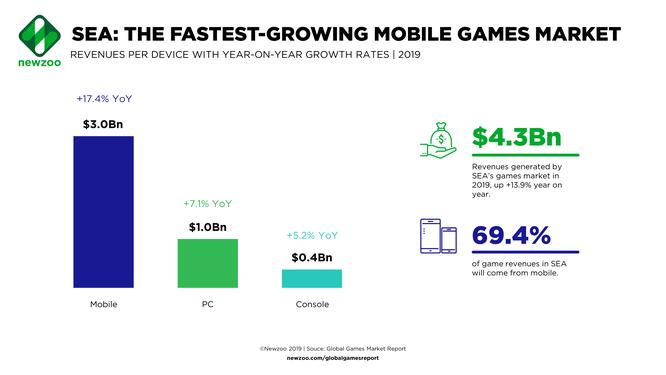 By 2021, the number of mobile online gamers in Southeast Asia will rise to 250 million. Indonesia, Malaysia, Thailand, Vietnam, Singapore, and the Philippines are the six most significant countries for mobile gaming in Southeast Asia.

The availability of a free-to-play option is one of the significant growth drivers for the growth of Mobile Gaming as compared to personal computers. The advent of cloud-based mobile gaming will drive this growth even further.

Though E-Sports is a relatively new concept in Southeast Asia as compared to traditional games, it is growing at an exponential rate owing to the growth of the gaming market in the region. According to the All-Correct Games blog, by 2021, the number of mobile online gamers in Southeast Asia will rise to around 250 million. Malaysia, Thailand, Vietnam, Indonesia, Singapore, and the Philippines are the six most significant countries for mobile gaming in Southeast Asia.

Additionally, over 55% of mobile gamers are around 55 years of age, and only 8% are teenagers. This is mainly because of the popularity of hyper-casual and casual games, which don't require many skills and can be played by any user. Hyper Casual games mostly monetize through advertising. However, the mobile gaming market is seasonal, which means the popularity of the games fades away with the passing days; therefore, the demand for new games is difficult to forecast, which is retraining the market growth.

On the other hand, the advent of cloud gaming removed the constant need for hardware upgrades, and players worldwide can play cloud games on their existing devices and on future devices that may have low specs but accommodate games played on the cloud. The biggest opportunity for vendors in the segment is to access smartphone gamers, who comprise a significant share of the gaming audience and prefer to play PC and console games on their mobile devices.

A Google survey revealed that at least one in three smartphone owners in Southeast Asian markets played mobile games at least once in seven days. Over 82% of Southeast Asia's urban online population are gamers, and mobile gaming leads by a substantial margin over PC and console games.

The online gaming market realizes impressive volumes. The key drivers of the market volume were the increased internet penetration and proliferation of low-cost smartphones among the urban and rural populations. This ecosystem is monetized through revenue streams, like in-app purchases, pay per download, subscription services, in-app advertisements, incentive-based advertisements, etc.

With the rising internet penetration, major technology vendors are investing in online gaming, driving the region's market growth. For instance, in September, Amazon ramped up its expansion into the MMORPG (Multiplayer Online Role-Playing Game) gaming industry with the release of "New World." In February 2021, Google LLC shut its in-house Stadia game development studios to refocus Stadia to be a platform to provide games and game streaming services from existing developers instead of developing its own games for the service.

For more information about this report visit https://www.researchandmarkets.com/r/6s6b7r

how to speed up your phone gaming performance 2019