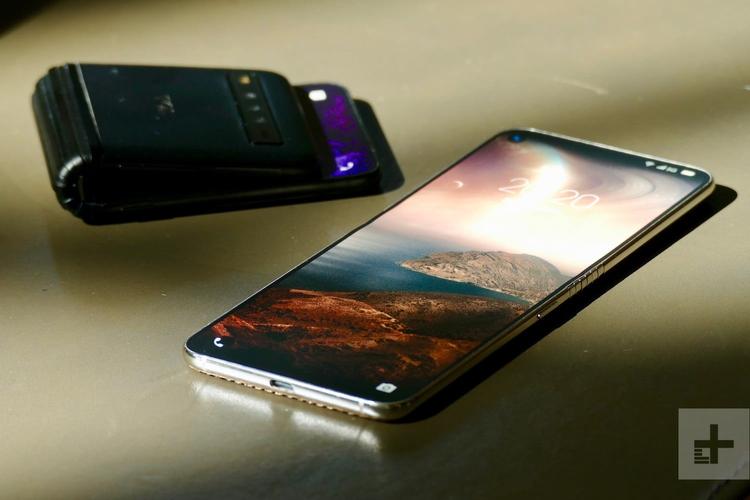 TCL is one of the more interesting companies in the mobile space since it’s a relative newcomer despite being around for a long time on paper. TCL spent the first 15 years of its life in mobile as a manufacturer, making phones for other brands to sell rather than selling under its own name. It was only at IFA 2019 that TCL launched the TCL Plex, its first self-branded smartphone. Since then, TCL has launched a number of new smartphones, including eight scheduled to arrive in 2022. I sat down with Stefan Streit, chief marketing officer for TCL Communications, to find out what TCL’s plans are for 2022 and beyond.

A brief history of TCL

TCL has been in the phone-making game for over a decade, starting off as an original design manufacturer for brands like Alcatel (before buying out the company years later), BlackBerry, and Palm. “TCL is in this industry, really active [for] 15 years. If you look back 15 years ago, there are not many brands that are still around from that time today. We’re one of the survivors, which also shows our capabilities. We survived the ups and downs, but we are still here,” Streit said.

It wasn’t until the aforementioned TCL Plex that the company put its own name on a smartphone. By far, its most popular smartphone brand was Alcatel, but in 2019, things changed. Specifically, the smartphone industry saw a strong push into 5G, with flexible displays just over the horizon. One big thing those technologies have in common: Cost. Specifically, the cost of building Alcatel phones with 5G technology didn’t really work for the Alcatel brand, which focused primarily on more budget-friendly phones. This was just one of many reasons why TCL felt the timing was right to put its own name on a smartphone.

“Once we get going in a category, we are going to go very fast.”

TCL wants to tackle the smartphone market in the same way it approaches the TV market. It wants to democratize high-end features that typically cost a premium. Streit points to the curved screen on the TCL 10 Pro, which came out at just $449. At the time, it was possible to buy a smartphone with a curved display for that price point, but those phones were two or three years old. The TCL 10 Pro was brand new.

My kind of town

Let’s start with the 800-pound gorilla in the room, aka the “Chicago” foldable. This flip phone (which Streit carries as a daily driver, by the way) was meant to come out in 2021. In fact, around this time last year, TCL promised to deliver a foldable in 2021. That clearly didn’t happen. For me, born, raised, and living in Chicago, that hurts more than a little. 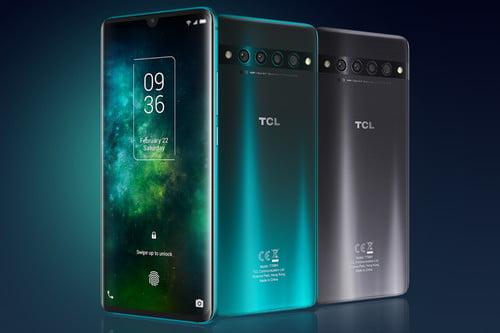 Streit emphasized that the decision not to release Chicago came before Samsung announced the Samsung Galaxy Z Flip 3, which sold in crazy numbers this past August. But the writing was on the wall regardless. Samsung knew it had to bring the cost of a foldable down to triple digits. TCL aimed even lower, expecting an $800 price tag on Chicago. TCL said back in the fall, and Streit reiterated to me: “We also believe that somebody who can spend $800 for such a device, he probably can also spend a thousand dollars. For a fairly new brand, it’s probably just a little bit too early. So it’s not that we abandoned this product category, OK, or not that we delayed this one, we just said, ‘OK, let’s call this, this is our first generation.'”

So the Chicago is a learning tool, and TCL intends to build on that tool. Streit was reluctant to put a date on the release of its first foldable. So the bad news is that Chicago is officially out of production, and only a few working devices exist. But the good news is that when TCL produces a new flip-style foldable, it will be a Gen 2 device with all that implies in terms of updated hardware and software.

So when will TCL enter the foldables market? I have to admit, I came away impressed with Streit’s enthusiasm in the subject. He brought up foldables much earlier in the interview than I’d planned. This is clearly top of mind. In fact, TCL sees foldables in the same vein as electric cars.

The auto industry was churning along just fine until Tesla hit the scene and started flipping over the buffet table. Before you knew it, Tesla leapfrogged past everyone and became the most valuable American car company in the world. TCL sees foldables in a similar way. At the CCS conference in November, Streit said about smartphones: “You all have a black box, some with more cameras, some with less. No room for hardware innovation.” Today, Streit continues: “[Smartphones] became a bit boring over the last 10 years … The flexible display technology allows you to create completely different product again … and with specific use cases.” But first, TCL is waiting for a few things to come together. The first is mindshare.

Until now, foldables haven’t really been at the forefront of people’s minds. They’ve been curiosities and, in my opinion, not really worth the price of admission. That has changed and continues to change today. In August, Samsung released the Galaxy Flip 3 and, for the first time, people started having the foldable conversation. This allows foldables to move beyond the geeks and enthusiasts and into the mainstream.

TCL also needs to continue to innovate this technology and bring the price down even lower. Simply put, TCL doesn’t play in the premium space. It took years for TCL to build up its dominance in the TV market, and only recently has it released premium, high-end TVs. It sees itself on a similar trajectory in the smartphone space. “So we are not in a rush, we don’t need to be among the first ones. We need to be among the ones when the market moves from, I will call it early adapter to maybe early majority, that’s a bit of time where we feel like it’s right for TCL.”

Finally, we get to the carriers. TCL is building its brand in North America in the same way others have — through the carrier stores. Put simply, if you want to succeed in the U.S., you will do so on the shelves of T-Mobile and Verizon. That’s why the phones TCL announced today are carrier exclusives. Streit also mentioned that T-Mobile will be carrying the TCL 30 series of phones in lieu of its own REVVL series.

But at the moment, carriers are much more interested in pushing 5G technologies over foldable technologies. Companies like Samsung have the scale to sell foldables without carriers and have the leverage to get carriers to sell them, too. TCL has great relationships with carriers going back to the Alcatel days, but carriers still have their priorities. At the moment, foldables are not one of them.

Signs of things to come

But Streit points to its activity in the smartphone space as a sign of what will happen once it pulls the trigger on foldables. Circling back to the first thing he said to me: “Once we get going in a category, we are going to go very fast.”

That holds true for foldables as well. This is great news because foldables make phones fun again, to borrow the phrase. Devices like the Samsung Galaxy Z Fold 3, the Galaxy Z Flip 3, and the recently released Oppo Find N are changing the conversation. No longer are we asking, “why would you want a foldable?” Now we’re asking, “what foldable do you want?” The answer is different for a lot of people.

“This is deep in our DNA and in our strategies,” says Streit. “We always want to democratize some of the latest technologies, and bring them more into a mass market.” That includes foldables.

The good news and bad news

The bad news is, TCL is waiting for a combination of factors to come together to ultimately release its first foldables. The market needs to evolve, and the carriers need to embrace this next evolution of smartphones. Once those things line up, TCL is ready to go, and it has over 20 different working form-factor prototypes to prove it.

The good news is, once those factors align, it’s very likely that we’ll see a big push into the category. What’s more, those foldables will be affordable so that most people can enjoy them. There will be choices depending on what you’re looking for and what works for you. That time is not now, but when it comes, it’s going to be really cool.

is any alcatel phone good for gaming