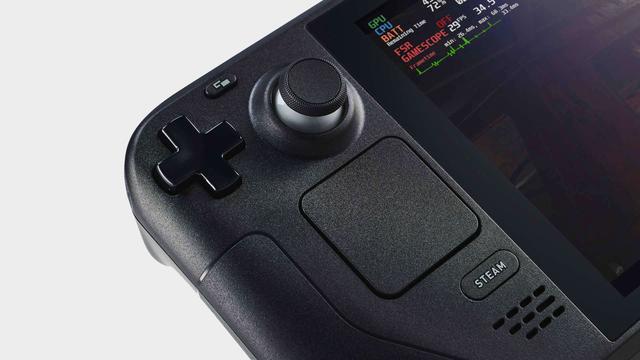 The Steam Deck is the most important handheld gaming PC ever to launch and its mobile performance has been the subject of much of the pre-launch debate. Now it's finally available to buy—though with major caveats around any purchase—we can talk about the true battery life of the Steam Deck.

When Valve revealed its handheld creation last year it touted a two-to-eight hour gaming battery life, which is largely around what the original Nintendo Switch device suggested for its approximate range. I'm sure that's no accident given the importance of that number for a system meant to be taken on the road, and away from a source of power for a long while.

The wild range in that figure is down to the vagaries of how games and game engines tax a machine's resources to greater or lesser extents. Valve itself has listed a few caveats, too, suggesting its battery estimates are based on the native resolution of 1280 x 800 and a limit to 30Hz.

Theoretically, something like Minesweeper on the Steam Deck ought to get you the top-end eight hour battery life, while a more system intensive game, such as God of War, might well have you counting down the minutes down to the two hour mark.

That's the theory at least, but what about reality? Early testers claimed the Deck's battery could be drained in just 90 minutes and, while that is the exception rather than the rule, it's definitely something I've found true in my testing, too. It turns out that, if you allow the Steam Deck's AMD Aerith APU free rein to perform at its peak, you can actually burn through your battery in even less than that in God of War.

That's the worst offender in our tests, and not even then at its most graphically intensive settings, either. Running at the 'Original' preset, with FidelityFX Super Resolution set to 'Quality', I'm getting somewhere between 40 and 50 fps, but only around 83 minutes of actual gaming.

It's a similar situation with Forza Horizon 5, where the 'Medium' preset, running at an average 45 fps, will only deliver 86 minutes of uptime.

It's worth stating at this point that the Steam Deck has a host of advanced settings in its arsenal designed to squeeze more life out of its 40Wh battery. By default, Valve has enabled a hard 60 fps lock by forcing Vsync on no matter what the in-game settings might be. This stops any less-demanding game from going over and above the 60Hz the 7-inch touchscreen is capable of displaying.

But by dipping into the 'Performance' menu and hitting the 'Advanced' button you gain access to some extra settings to tweak. This has changed a lot—and is probably the part that's changed the most in my time using the Deck pre-launch—and I would expect it will continue to evolve going forward.

The most powerful of these tools for any gamer using the Deck is going to be the 'Limit Frame Rate to 30' toggle. This used to be a granular fps slider, but wasn't working as it was supposed to, and so Valve has made it a binary, off or on situation.

There is the potential for it to return to that granular level, as the developers are still working on it behind the scenes, which would be great. Personally, I found a 40 fps limit was a great balance between battery life and smooth gaming performance, so was disappointed to see the option disappear.

In our own testing, with Wi-Fi enabled and at 50% brightness, we have found the Steam Deck battery life ranges from just 83 minutes at worst all the way up to seven hours and nine minutes. That's all completely dependent on the game we've been playing and the Deck's performance limiting settings. 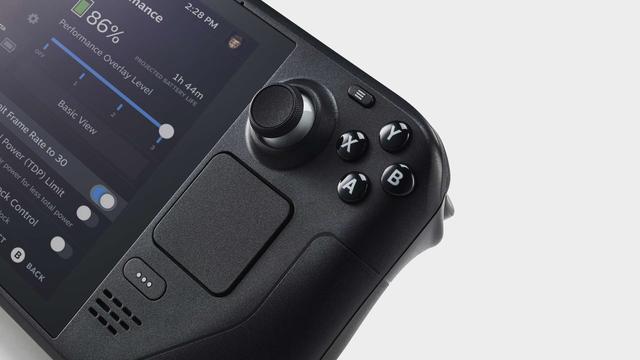 That's also below the Valve estimates of two-to-eight hours of gaming time on both the lower and upper scales.

As you can see from our battery life benchmarks, dropping to 30 fps makes an enormous difference to the length of game time the Deck will subsequently allow you. I will also say that after a while playing at that level I stopped seeing the low frame rate and just enjoyed the gaming experience.

It's different on a full gaming PC, with a big-screen monitor strapped to it, but on the small screen of the Steam Deck, I've found I quickly forget about that 30 fps limit when I'm playing a game I'm really into.

The difference between the standard and 30 fps battery life might seem surprising when you first see it. After all, we're regularly seeing it more than double in games such as God of War, The Witcher 3, and Resident Evil Village. But, considering that, all told, you're looking at the device drawing a full 10W less power from the battery when it's locked down compared to when it's flying unfettered at around 25W, that seemingly staggering rise makes sense even when you're not actually dropping from 60 fps to 30 fps.

Where it's less impressive, however, is when unlocked performance is already close to the 30 fps mark. In Horizon Zero Dawn and Forza Horizon 5 I only saw an increase of 24% and 33% respectively, which isn't that exciting; less than an extra 30 mins in both cases. Y'know what, I blame the horizon.

Inevitably, the games which will give you the longest play time on the Steam Deck are the graphically lightweight indies. FTL was the winner in my testing, delivering a potential seven hours of gaming, but the outstanding OlliOlli World offering up over six hours of compulsive skating is mighty pleasing, too. But nothing I tried got anywhere near the vaunted eight hours of battery life Valve has been touting.

If you completely shut off Wi-Fi, and run the screen at its lowest setting, you could maybe squeeze a little more time out of it—maybe even play FTL for that semi mythical eight hours—but you'd have to be on some seriously dimly lit red-eye transatlantic flight for that to work out.

Even streaming I'd only expect to get around five and a half hours of gaming in. That's with the GPU component of the AMD Aerith silicon measured running at 0% load, and the CPU cores only just ticking over at 22% load. With the Wi-Fi necessarily operating, and the screen at 50% brightness, the Deck is drawing around 8W of power, which is seemingly still not enough to hit eight hours.

There are additional tweaks you can make that could allow you to stretch that uptime out; the Advanced section of the Performance menu also offers both Thermal Power (TDP) Limit and Manual GPU Clock Control sliders.

Combining the two can allow you to drive down power draw across CPU and GPU components of the chip at an unprecedentedly granular level, though that will affect performance considerably. But again, those drops only affect the APU itself, not the total power draw of the device as a whole.

That all probably sounds quite negative, but it really isn't meant to. I just want to temper any hopes that the eight hour battery life is readily achievable; it will certainly take more tweaking than most people will care to do, and only in certain games.

The out of the box experience for anyone not thinking about tweaking those advanced settings will see battery life being a real concern.

Steam in your hands

But just a single toggle away you have a three and a half hour session of GTA V, a near four hour run at The Witcher 3, or more than five hours of Football Manager 2022, and there I'll feel like I've had a good bit of play time. These days I'm rarely away from a power source for that long, either.

The fact the device will charge up to some 80% of capacity in 100 minutes means that it won't take you long to be up and running again either. Throw in the fact that 10,000mAh USB Type-C battery packs aren't crazy pricey these days, and there are many more hours of play time right there. The Elecjet Apollo battery pack is a graphene-based 10,000mAh option; a super quick-charging one, too. It's capable of not only charging the Deck, but also allowing you to play at the same time, which is pretty impressive.

So, while the real battery life of the Steam Deck might seem a little lower than you might have hoped, there are definite ways to squeeze a lot more game time out of the device without really sacrificing your gaming experience. If you're not prepared to tweak the Deck's settings its capacity as a portable device is severely limited, but the 30 fps toggle delivers genuinely mobile PC gaming.

a good phone for gaming with long battery life