Home gaming phone The Metaverse Is a Young People's Game 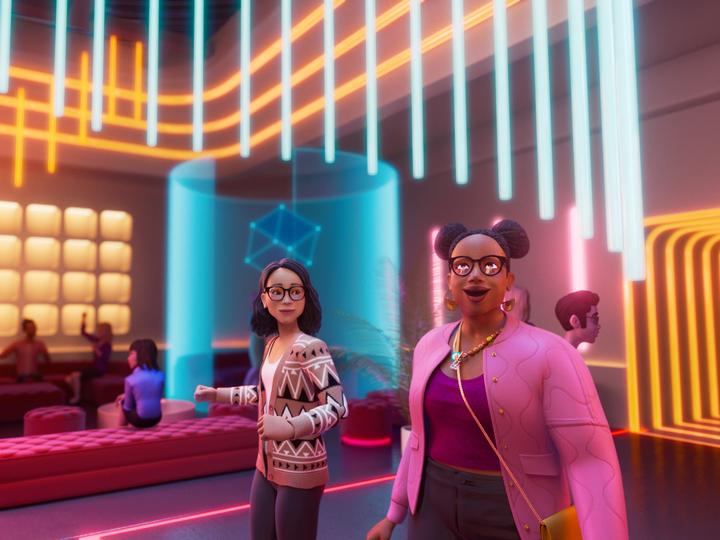 The Metaverse Is a Young People's Game

While companies like Meta have tried to create a buzz around the possibilities of the so-called metaverse and to position it as a groundbreaking development, its core ideas and concepts have been around for decades in the virtual chatroom and video game spaces. When it comes to the latter, affinity for metaverse-like experiences is especially high with young players. According to data from Newzoo, 38 percent of gamers between the age of 10 to 20 in key video game markets have played a proto-metaverse game in 2021. As our chart shows, this makes the average metaverse player significantly younger than the average gamer. 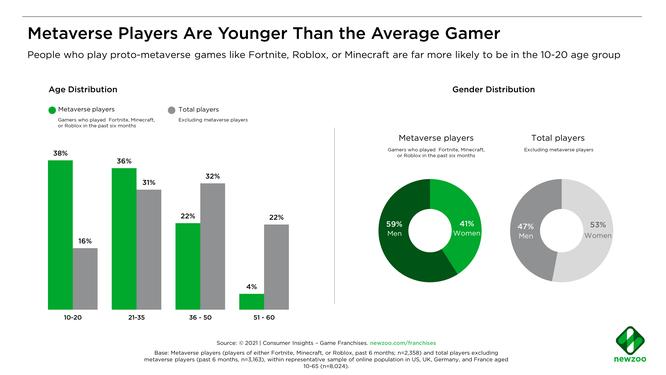 In comparison, only 16 percent of self-identified gamers who didn't play any of the proto-metaverse titles Roblox, Minecraft or Fortnite fell into that age bracket, with the majority being between 21 and 50 years old. Interestingly, the dropoff for the share of players engaging in proto-metaverses comes after the age of 36, with 36 percent of gamers aged 21 to 35 having played either of the three mentioned titles in the past six months.

The high share of underage metaverse players can be traced back to the success of Roblox Corporation, which is currently valuated at $26 billion. Its Roblox platform, which gives its users development tools to build their own games that can then be released and played via the service, had roughly 50 million daily users in the fourth quarter of 2021. The exceptionally young player base has given rise to a slew of hackers and scammers manipulating the platform economy which allows users to sell in-game items for Robux that can, in turn, be exchanged for traditional currency.

While Fortnite can be considered more of a traditional multiplayer game, microtransactions with in-game items also play a huge role in its success story. In 2021, the game crossed the 350 million user threshold and has increasingly bled into popular culture at large over the last couple of years, with acts like Travis Scott and Ariana Grande creating multimedia concert experiences inside the game. The third proto-metaverse game in the list, Minecraft, is not only the best-selling game of all time with over 238 million copies shifted worldwide. It also enables users to create dedicated servers which can be used to host live experiences. One major use case, for example, was Block by Blockwest, an online music festival that saw performances by acts like Massive Attack and Pussy Riot in May of 2020 amidst the start of the coronavirus pandemic.

is playing a video game on your phone gaming