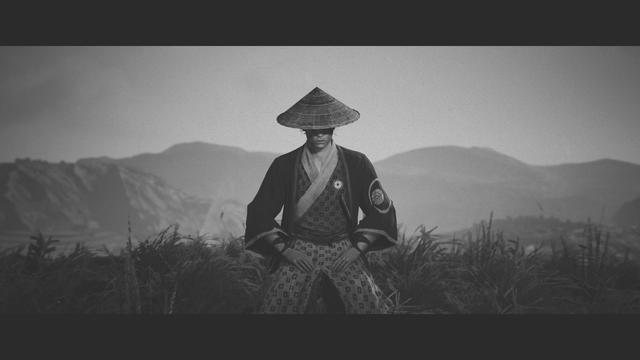 Trek to Yomi nails its Kurosawa aesthetic, but lacks edge

Akira Kurosawa’s films are, without any exaggeration, iconic. His style is easily recognizable, and the way that he directed movies has gone on to influence cinema long after his death in 1998. Games have even taken inspiration from Kurosawa, with the most obvious being Ghost of Tsushima, which has its own visual mode named after the director that drenches its otherwise vibrant, colorful world in grainy black and white.

Trek to Yomi, the latest game from Flying Wild Hog and Devolver Digital (which is also publishing Weird West, an upcoming cowboy-themed RPG), is taking even more inspiration from Kurosawa than Ghost of Tsushima did. The entire game is in black and white, and its camera tries to capture his signature style by switching between various types of shots. From my short hands-on preview of Trek to Yomi, that much is obvious, but it doesn’t seem as invested in trying anything that’s too new from a gameplay standpoint.

Trek to Yomi kicks off simply enough, placing players somewhere in feudal Japan as a young samurai whose master is immediately killed off. Originality isn’t exactly the focus here, as everything is inspired by Kurosawa films or other Japanese movie tropes. Bloodthirsty bandits are the main enemy, the main character talks about fighting with honor — it all feels like it’s been done before and isn’t being done in a particularly new way here. 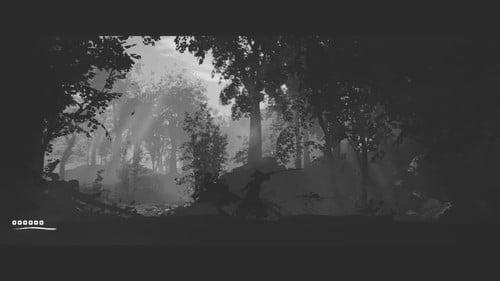 Credit where it’s due, though: Trek to Yomi is a treat to look at. The game itself incorporates Kurosawa-style long shots that constantly change perspectives, going from a close-up on its main character and then zooming out to a wide shot showing them walking down a massive staircase or across a field.

Combat scenes are specifically treated to some of the best camera work I’ve seen in games. One battle hadme on a bridge, and the camera immediately pivoted to show the entire bridge and the enemies on it, with dim, hazy light beaming through the smoke. It’s exciting, scene-setting stuff that your eyes immediately want to explore and absorb. Moments like these are when the game’s Kurosawa influences work for it the most.

Actually playing Trek to Yomi isn’t shaping up to be as exciting as just looking at it. Combat transforms the game’s 3D world to 2.5D, forcing you to fight on a single axis. You can move left or right, spin around to face enemies, attack or block — and that’s pretty much it. It’s not very deep, though it doesn’t have to be. Most of the enemies I fought in Trek to Yomi‘s first two chapters aren’t people as much as they are violent papier-mâché creations filled with bags of blood. With two simple swipes of your sword, they’re cut down and spurt out blood, which again, is straight from Kurosawa’s visual repertoire.

For me, it got to the point where most fights weren’t a challenge. Attacks can be influenced by the direction you point your controller’s left stick in, and switching it from up to down results in a lightning-fast two-swipe attack that quickly kills most foes. There are also heavy attacks, but they’re basically useless against basic enemies because of how long it takes to actually strike. Using this attack made the game’s throwable kunai, parries, and stamina system pretty much obsolete.

After wrapping my preview of Trek to Yomi, I’m not immediately hooked. The game is prettier than it is fun to play, and that’s a big problem. There’s simply not enough variety present, and the combos that you slowly unlock by collecting items or simply progressing through the game aren’t exactly handy since you can tear through enemies as if they were paper. I can appreciate its Kurosawa influences, but it feels like just about every other part of Trek to Yomi has been left by the wayside.

Trek to Yomi is set to launch this year on PlayStation 4, PS5, Xbox One, Xbox Series X/S, and PC.

which is the best phone for gaming and camera