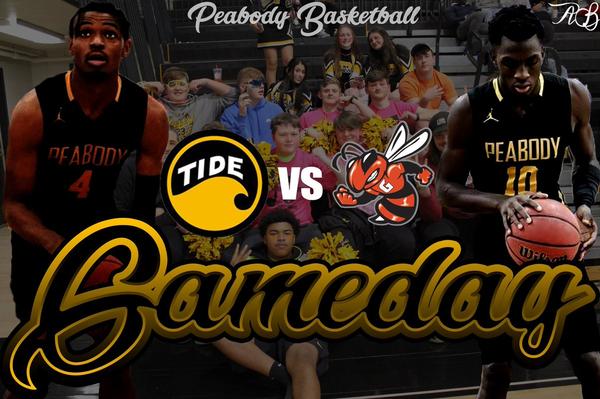 Note: You can see the latest Twitter updates from our team of writers and from schools competing this week at the bottom.

The Golden Tide defeated Clay County in the Class 1A state semifinal game 51-43 to advance to the state championship game to face East Robertson. They outscored Clay County 29-19 in the fourth quarter.

The teams combined for 1 of 31 on 3-pointers. The first 3-pointer of the game came in the last two minutes of regulation by Jason Hunt, who scored 13 points. Derek Kee led the team with a team-high 16 points and 10 rebounds.

Peabody will be trying to win its first championship when they face East Robertson on Saturday at 6:30 p.m.

Clay County leads Peabody by two points at the half

Mr. Basketball award-winner Grant Strong nearly has a double-double with nine points and eight rebounds to lead Clay County to a 24-22 halftime lead in the second Class 1A state semifinal.

Demarkus Kee leads Peabody (24-9) in scoring with eight points on 3 of 8 shooting from the field.

Clay County is looking to return to the championship game and repeat as champions after winning its first title last season.

Peabody is trying to reach its first championship game since 2005.

East Robertson advances to 1A title after overtime win

Elijah Groves and Taylor Groves knocked down three of four free-throws in the final 20 seconds as East Robertson hung on to beat Hampton 58-56 in overtime of in the Class 1A state semifinal game.

Walker Kyle has three 3-pointers for nine points to lead Knoxville Bearden to a 30-17 halftime lead in the second Class 4A state semifinal.

Lebanon's Jarred Hall has been held to just three points. Yarin Alexander, Rolando Dowell and Wyatt Bowling all have four points for the Blue Devils, who are trying to reach their first state championship game in school history.

Malachi Hale scored just five points in the Class 4A semifinal, but one of his two field goals in the game was a jump shot at the buzzer of overtime to give Dobyns-Bennett a stunning 70-69 victory over Bartlett after Bartlett hit a buzzer-beating three-pointer at the end of regulation to send the game to OT.

Jonavan Gillespie was remarkable for Dobyns-Bennett, scoring 27 points and missing just one shot the entire game. He was 5-5 from three, 4-4 from the free throw line and 9-10 from the field. Four other Dobyns-Bennett players scored in double figures, and Jack Browder nearly reached a double-double with 13 points and eight rebounds. Bartlett star Amarr Knox led the Panthers with 33 points.

Dobyns-Bennett advances to the state championship Saturday for the first time since 1973 and will face the winner of the semifinal between Bearden and Lebanon. 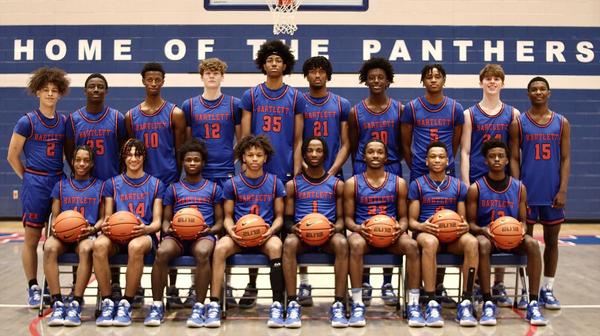 Jonavan Gillespie is perfect from the field and Dobyns-Bennett is a surprise 37-32 leader over Bartlett in the first of two Class 4A semifinal games.

Gillespie, who is a younger cousin to Greeneville Mr. Basketball winner Ja'Kobi Gillespie, is 6-of-6 from the field along with four 3-pointers for 18 points. He is also 2-of-2 at the foul line.

Amarr Knox leads Bartlett with 14 points and is 6-of-6 from the free throw line.

The Hawks will return to the state championship game to face Greeneville in a rematch of last year's title game after South Side defeated Fulton 51-50 on Friday.

In what was predominantly a defensive battle, South Side withstood Fulton's second-half surge after having a five-point lead heading into halftime.

Rico Sain had a game-high 15 points.

Taj Kimber had a team-high 13 points for the Falcons.

South Side leading Fulton at the half

Both teams were sloppy with the ball as South Side committed 14 turnovers while Fulton committed 10.

South Side's Rico Sain has a game-high seven points on 3 of 4 shooting.

Jordan Wrancher has a team-high five points for the Falcons.

Despite an impressive charge from Stone Memorial in the second half, Greeneville held on to beat the Panthers 59-55 in the Class 3A semifinals to reach a second consecutive state championship game.

3A Mr. Basketball winner Ja'Kobi Gillespie finished with 32 points and seven rebounds. No other Greeneville player scored in double figures. Gillespie shot 10-20 from the field and 6-11 from three.

A three-pointer that circled the rim and bounced out with seconds on the clock ended the game for Stone Memorial.

Upset watch: Stone Memorial within one point of Greeneville in fourth quarter

After falling behind late in the second half, Stone Memorial exploded out of halftime and finished the third quarter down just 37-36. Ja'Kobi Gillespie was held to just three points in the quarter. Matthew Bilbrey leads the Panthers with 11 points and Cade Capps has six points and 10 rebounds.

Greeneville pulls away after slow start against Stone Memorial

After leading by just two points for most of the second quarter, Belmont signee Ja'Kobi Gillespie opened the floodgates to give Greeneville a 26-18 lead over Stone Memorial heading into halftime. The defending state champs outscored the Panthers 13-7 in the second quarter of the 3A semifinal.

Gillespie sank three three-pointers in the final four minutes of the half to finish with 16 points and four rebounds. The 3A Mr. Basketball winner is 4-7 from beyond the arc and shooting 100% from the free throw line. Stone Memorial is 0-4 from three and 4-20 from the field.