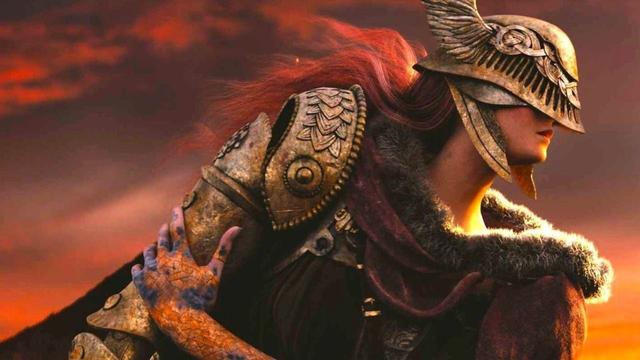 It’s been a week that’s raced by for me, and if you’ll excuse the pun, a big reason for that has been because I’m still playing a bunch of racing games!

I joined the old Monday evening TSA community meet for some Gran Turismo 7 races – here’s hoping that the servers are fixed by Monday so that the game’s playable again, eh? I’ve also hopped back into Mario Kart 8 this morning to check out the eight new DLC tracks that have just been added to the game, and I loaded up GTA Online to briefly see what the new online intro missions are like.

Gamoc was on point for our GTA write up this week, revisiting GTA V’s single player to see how it holds up over 8 years on from its original release and with its second remaster – read about that here. That was joined by Horizon Forbidden West, where he’s getting toward the end of the story and so has focussed on wrapping up as many side missions as he can.

Aran’s found himself butting up against a brick wall in Elden Ring, needing to put in some grinding to level up before he can progress. So he’s diverted by playing a bit of Necromunda Hired Gun, which is “basically a Doom inspired shooter set in the Warhammer universe. Not as great as Doom 2016 or Eternal, but passable enough.”

There’s no such levelling up problems for Jason, who’s 35 hours into a second playthrough of Elden Ring and has done pretty much everything there is to see and do. He’s now level 152, which is quite a big number! That’s been joined with more Young Souls and Tunic, both of which are “wonderful”. 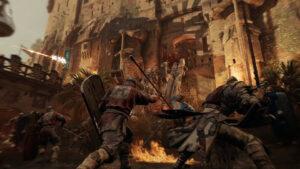 The person playing Tunic for our upcoming review is Steve, who says he’s been waiting to play it for “about 6 years”. But before he got to that he finished off the enjoyable throwback of Guardians of the Galaxy, finished off ELEX II, and played through Martha Is Dead, which he enjoyed a bit better than Nick P did.

Speaking of Nick P, he’s sunk a lot of time into GhostWire: Tokyo for our upcoming review – keep an eye out for that next week! – and has blazed up to level 109 in Elden Ring, doing a thorough job of clearing each region as he goes.

Nic B has“tinkered with some Magic”, which I assume means he’s learnt some new card tricks or something. He also downloaded Deemo 2 on mobile, having missed that it released there a couple months ago.

Jim has been swinging his sword around this week, dipping into For Honor to hone his Zhanhu skills ahead of the start of Year 6, and firing up Vermintide 2 to see all of the new stuff that’s been added since launch. To be factually correct, that’s actually involved mainly warhammer swinging.

Donning his spandex leotard, Ade played WWE 2K22 for our review. You could read that here, or just catch his summary: “Good news: It’s not horribly broken! Bad News: That’s all the good news!”

Miguel played a pinch of Rune Factory 5 – review next week! – a couple hours of Elden Ring, played through Needy Needy Streamer Overload, and a bunch of Apex Legends.

Finally, Dom returned to his main gaming comfort food and played Monster Hunter… a lot of the Monster Hunter. That’s Monster Hunter on PS2, Monster Hutner Freedom Unite on PS Vita and Monster Hunter Rise on PC. I’m sure he’s been missing the Wirebug and other modern contraptions on his jaunt back to the early 2000s!

Now then, what have you played?

is honor play a gaming phone